Hospital admissions for drug-related conditions is rising, but the rate of drug misuse in young people is falling.

In 2010/11, there were 6,640 admissions to hospital with a primary diagnosis of a drug-related mental health and behavioural disorder. More than twice as many males were admitted than females in this year. These figures show a 14.3 per cent increase on the previous year (2009/10), when there were 5,809 hospital admissions (1).

Source: NHS Information Centre (2011). Report. Smoking, drinking and drug use among young people in England in 2011

In 2010, the total number of deaths related to drug misuse was 1,784 in England and Wales. Of those, 77 per cent were male. The most common underlying cause of death was from accidental poisoning (1).

Adults and drug use

Both drug dependence and misuse vary by ethnicity and income. Adults from the white ethnic group had higher levels of illicit drug use (9 per cent) than those from non-white backgrounds (5.8 per cent). Households in the lowest income groups also had the highest levels of drug misuse (3). 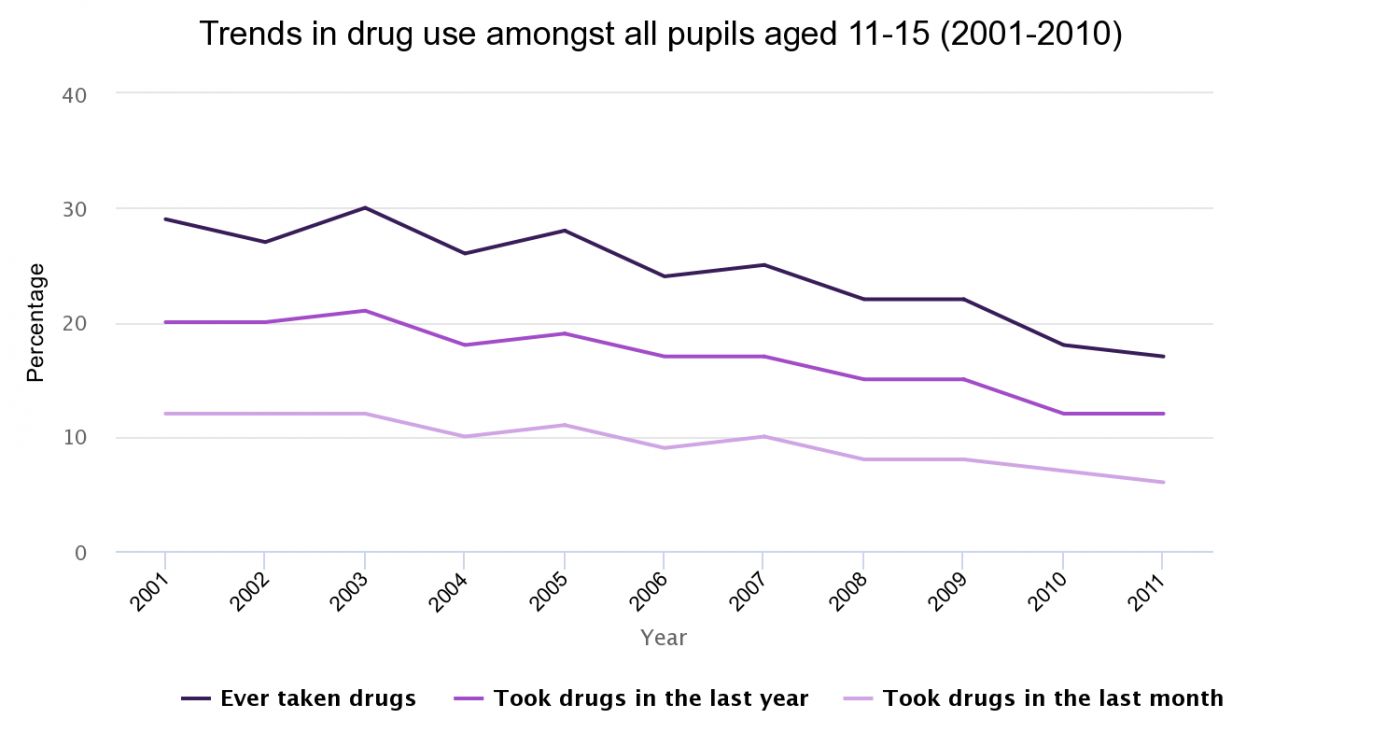 Source: NHS Information Centre (2011). Report. Smoking, drinking and drug use among young people in England in 2011

For more on young people and trends in health, see our pages on obesity, alcohol, smoking and sexual behaviour.