In this section we look at the current economic context and explore past and future trends in health care spending in the UK.

The UK economy is currently still mired in one of the most prolonged economic downturns since the economic depression of the 1930s (1)(2).

It is now nearly five years since the start of the recession and UK GDP remains around 4 per cent below the level it was in 2008.

The impact of the banking crisis and the recession – and the government’s response – on the nation’s economy has been significant (3):

Average annual real spending has increased by around 4 per cent over the lifetime of the NHS: during the 20th century the average was 3.5 per cent, and in this century 6.6 per cent (4).

This is a pattern of growth that matches most other countries. In 2010 the UK devoted more than twice the share of its gross domestic product (GDP) to public plus private health care spending than it did in 1960. For more on this, see John Appleby's article on rises in health care spending in the British Medical Journal.

If projecting future funding scenarios to 2032, the long-term trend of 4% real-terms growth would suggest funding reaches a total of £170 billion, £34 billion greater than the Office of Budgetary Responsibility's central projection of £136 billion. 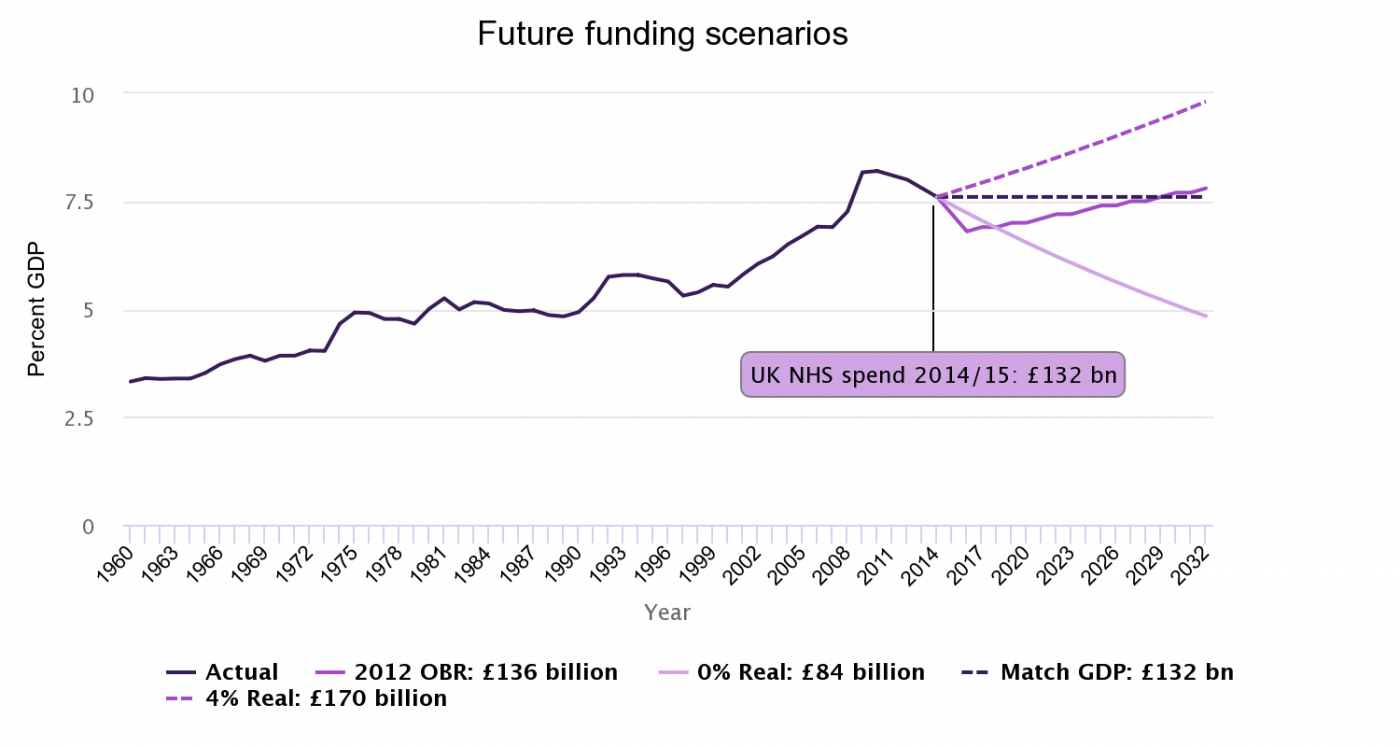 The Office for Budget Responsibility (OBR) – the independent body charged with producing government economic forecasts – has recently developed a range of scenarios for future health and social care spending.

These are based on varying assumptions about future population growth, health status, and NHS productivity. They all suggest that health spending will continue to take a growing proportion of GDP. The so called 'central projection' assumes year-on-year productivity growth of 2.2 per cent in health care. While in line with productivity gains in the wider economy, historically this represents an extremely ambitious goal (5). 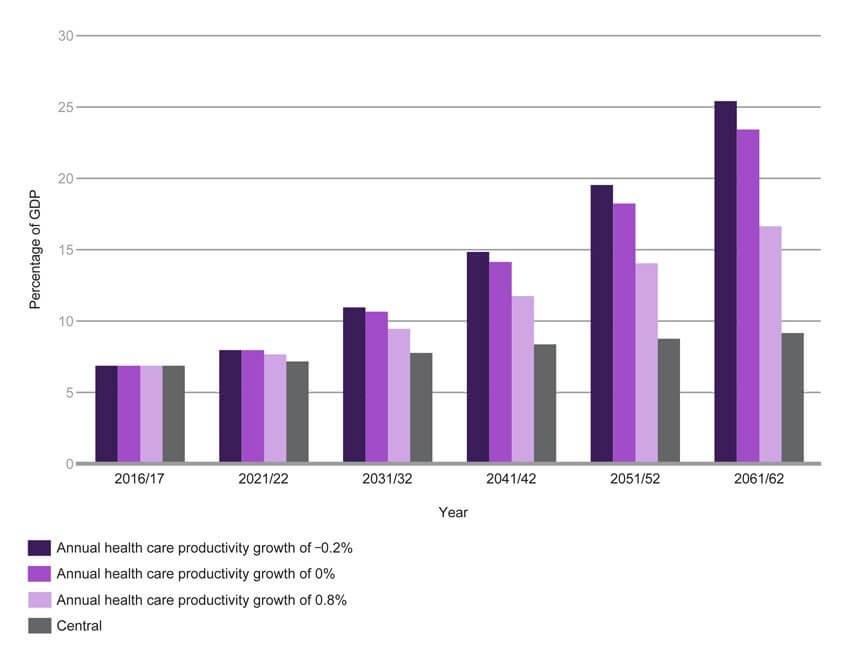