Key waiting times standards have not been met for several years, with growing waiting lists and longer waiting times for patients exacerbated by the Covid-19 pandemic.

Growing waiting lists for care pre-date the pandemic, following a decade of funding settlements that failed to keep up with rising demand for services and growing staff shortages. A number of national performance standards including waiting times for A&E, hospital treatment and cancer care have not been met for several years. Covid-19 also substantially contributed to growing waits for care, with many services operating at reduced capacity during the pandemic and pent up demand being created as large numbers of people did not come forward for care.

The 2021 British Social Attitudes survey found 'taking too long to get a GP or hospital appointment' is the most common reason for dissatisfaction with the NHS.

At best, longer waits mean inconvenience and discomfort for patients, but for some it will mean deteriorating health and more severe illness, waiting in pain for operations, cancers being diagnosed later and the risk to patient safety of long waits in overcrowded A&Es. While patient surveys show that for the most part the people continue to have a good experience of care they receive, growing waits for care are being felt by the public. The most recent British Social Attitudes survey recorded an unprecedented fall in public satisfaction with the NHS and the lowest level of satisfaction with the service since 1997, with long waiting times the top reason given for dissatisfaction.

Although the focus since the pandemic has largely been on elective (planned) care, many other areas of care are facing significant challenges including mental health, general practice, community services and social care. Efforts to tackle care backlogs must go beyond boosting elective activity to take a whole-system approach. 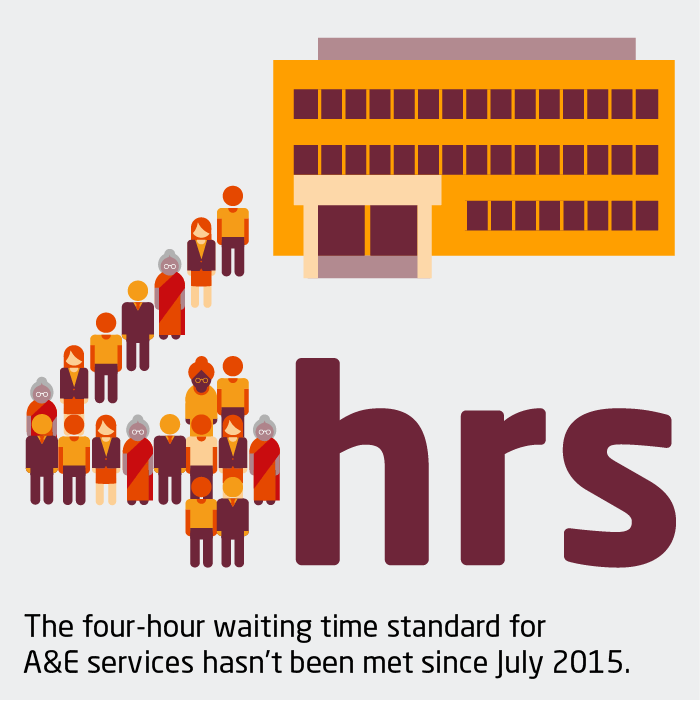 Our analysis also shows that there is also a significant inequalities dimension to waiting times, with people living in the most deprived areas waiting longer for planned hospital treatment. Local health systems will need to be given the flexibility, and support, to work through their waiting lists in a way that is tailored to meet the needs and tackle the inequalities experienced in the populations they serve.

However, the principal rate-limiting factor on the ability of the system to increase activity and treat more patients is the availability of staff. Any plan to reduce waiting times needs to build explicitly from an analysis of the workforce needed to deliver it. Current funding and operational plans are insufficient for the system to recover services without a fully funded workforce plan to address staff shortages.

Despite the additional funding announced in September 2021, waits for care are likely to get worse before they get better, with the government estimating that waiting lists will continue to grow until 2024. It will be several years before waiting lists and waiting times return to pre-pandemic levels and even longer until performance standards are met again. Politicians and NHS leaders must be honest with the public about this. 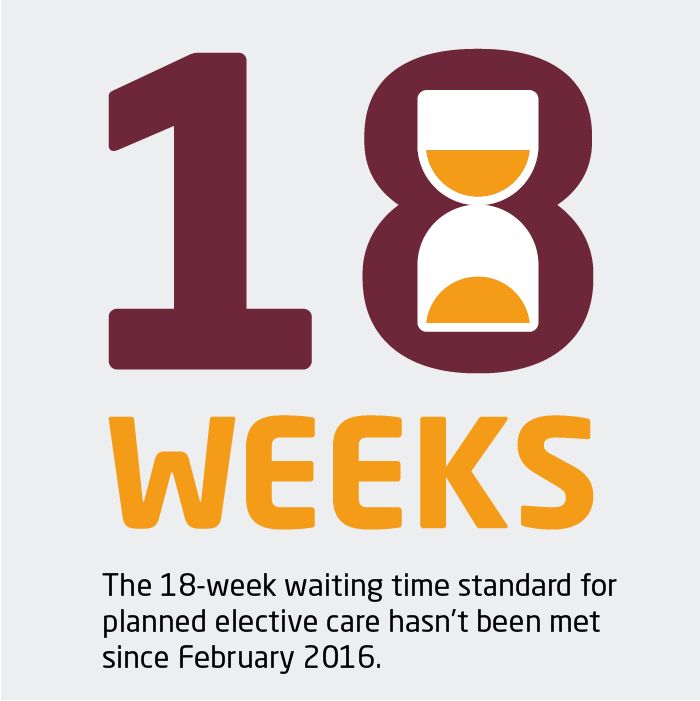 Waiting times matter. How long patients wait for care is a key factor in the outcome of their treatment and their experience of the care they receive, while waiting times standards are an important tool for measuring and improving services. NHS waiting times standards are some of the most ambitious in the world, setting out the maximum amount of time most patients should have to wait to access ambulance, cancer, some mental health, planned hospital care and A&E services. Many of these standards were introduced under the Labour government (1997–2010) to provide a greater focus on performance and to capture the anticipated improvements from the increased levels of investment in the NHS at the time.

Key waiting time standards were routinely being missed all year round even before the Covid-19 pandemic. The 62-day waiting time standard for cancer treatment has not been met since 2013/14, the 4-hour waiting time standard for A&E services was last met in July 2015 and the 18 week standard for planned hospital treatment has not been met since February 2016. Following the pause or reduction of many routine NHS services during 2020 and 2021 during the pandemic, waits for care have continued to grow with the number of people waiting over a year for elective care rising to just under 300,000 by February 2022. Access to emergency care, mental health, primary care, community care and social care have also deteriorated.

By March 2022, there were more than 300,000 people waiting more than a year for routine planned care, compared to only 1,600 people in February 2020 before services were substantially affected by Covid-19.

The operational planning guidance also sets out the expectation for systems to increase activity levels to 130 per cent of pre-pandemic levels by 2024/25. This is supplemented by targets in the elective recovery plan to reduce the longest waits, eliminating two-year waits by July 2022, and waits of over one year by March 2025. The additional funding given to health services to tackle the backlog of care, and piloting new approaches to delivering routine care will go some way to relieving pressures on the service. However, the scale of the backlog of care, pressures on the system and continued workforce shortages mean it will take several years before waits for care go down and access standards are routinely met again. 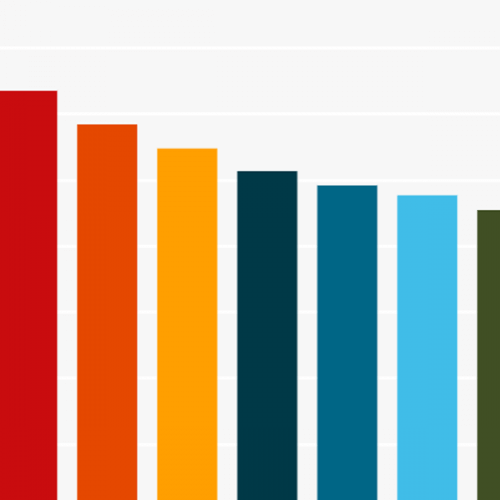 Waiting times in accident and emergency (A&E) departments are a key measure of how the NHS is performing. In recent years, patients have been waiting longer in A&E; here we look at why that is.
Blog

Finding it difficult to visualise the size of the elective care challenge facing the NHS? Deborah Ward explains how big ‘big’ really is.

'NHS hospitals face competing demands for their limited resources and a coherent national strategy for balancing these pressures is urgently needed ahead of winter,' says Deborah Ward, Senior Analyst at The King’s Fund.
Report