Life expectancy in the UK has improved steadily over the past century; public health measures – such as childhood immunisation and health screening – medical advances – for example, in the treatment of heart disease and cancer – and lifestyle changes – including reductions in the number of people who smoke – have helped life expectancy to increase from 55 to 78 for men and from 59 to 82 for women between 1920 and 2010. Since then, however, the rate of improvement has slowed significantly, and in 2015 life expectancy at birth actually fell, picking up again in 2016 and 2017.

There has been much debate about why improvements in mortality rates are slowing. Some attribute it to austerity-driven policies such as constraints on health and social care spending and cuts in welfare benefits, some to declining NHS performance, for example the number of delayed discharges from hospital. In some years, flu has played a role, particularly in excess deaths among older people, and others have noted that many European countries show similar patterns.

With life expectancy lower and improvements weaker in the UK than in many European countries, we want to establish what's happening, why and what can be done to reverse these trends.

We have offered advice on a Health Foundation-funded piece of work by the London School of Economics. It will investigate mortality trends in the UK and the potential causes of the slowing of improvements.

The final report from LSE will be published in summer 2019, with a briefing from the Health Foundation.

We will report on the discussions of the cardiovascular diseases workshop, held jointly with OECD, after the workshop in November 2019. 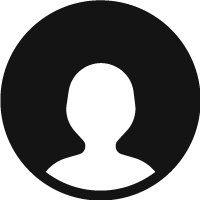 Stalling life expectancy in the UK

The stalling of improvements in life expectancy in the UK since 2011, highlighted again in the most recent data, has prompted much comment and speculation. We must look at austerity and beyond for underlying causes, says Veena Raleigh.
Long read

2011 marked a turning point in long-term mortality trends in the UK, with improvements tailing off after decades of steady decline. Veena Raleigh examines the data.
Blog

Why are improvements in life expectancy slowing in the United Kingdom and across Europe?

In an international collaboration, The King's Fund and the Organisation for Economic Co-operation and Development examine the role of cardiovascular disease in changes in life expectancy.
Long read

Veena Raleigh, Senior Fellow at The King’s Fund, responds to new reports from The Health Foundation and London School of Economics on mortality trends in the UK.
Long read

2011 marked a turning point in long-term mortality trends in the UK, with improvements tailing off after decades of steady decline. Veena Raleigh examines the data.