Findings from the Commission

The final report was launched at our first annual leadership and management summit. With speeches from Andrew Lansley MP, Secretary of State for Health, Lord Tugendhat and Ross Baker, you can catch up with the key sessions with our video highlights from the event.

The King's Fund produced a number of resources that examined the relationship of leaders and managers to the NHS.

We also hosted a leadership lecture series before the Summit, looking at leadership in the NHS from three different perspectives:

The financial and management challenge facing the NHS is considerable. The government's focus has been to reduce management costs to protect frontline services, but it is clear that a system as complex and unwieldy as the NHS needs to be well managed and led if it is to deliver change on the scale that is required.

What were the aims of this Commission?

The King's Fund launched the Commission to:

The Commissioners sought evidence from interested individuals and organisations who were invited to submit views both on the current state and future needs of management and leadership in the NHS.

They considered a range of evidence, including an analysis of trends in management and the role of clinical and managerial leaders in improving performance.

Download the final report: The future of leadership and management in the NHS: no more heroes

The Commissioners considered a range of evidence, including a number of supporting papers, written by leadership and management experts.

The Commission on Leadership and Management in the NHS was chaired by Professor Chris Ham, with members including Professor Ross Baker, Dame Jacqueline Docherty, Dr Peter Hockey, Lord Tugendhat and Professor Kieran Walshe. Nicholas Timmins acted as Secretary to the Commission. 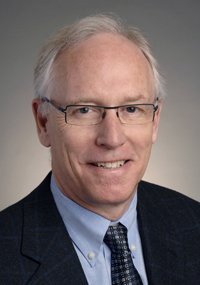 G. Ross Baker is a professor in the Department of Health Policy, Management and Evaluation at the University of Toronto where he teaches and carries out research on patient safety, quality improvement strategies and leadership and organisational change.

Ross co-chairs a working group on methods and measures for patient safety for the World Health Organization and chairs the Advisory Committee on Research and Evaluation for the Canadian Patient Safety Institute. Ross led a study of effective governance practices in improving quality and patient safety in 2009. Results from this study have been published in Healthcare Quarterly and this report served as the basis for the Governance Toolkit (Effective Governance in Quality and Patient Safety) and a course for governors developed by the Canadian Patient Safety Institute and Canadian Health Services Research Foundation.

In October 2008 Ross published a book, High Performing Healthcare Systems: Quality By Design, that analyses leadership and organisational strategies in seven health care systems that have been successful in using improvement tools and knowledge to transform outcomes.

In 2007 Ross was awarded the Filerman Prize for Innovation in Health Management Education by the Association of University Programs in Health Administration (AUPHA). He served as Chair of AUPHA from 2002 to 2004 and was a founding board member of the National Center for Healthcare Leadership in the US from 2001 to 2004. 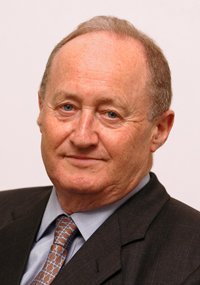 He is a former Vice President of the European Commission. He is also a former Chairman of Abbey National plc and Blue Circle Industries plc, the Civil Aviation Authority and the Royal Institute of International Affairs. From 1970 until 1976 he was Conservative member of parliament for the City of London and Westminster South, and before that a features and leader writer for the Financial Times.

After qualifying as a nurse in Scotland, Jacqueline held a variety of posts including Theatre Sister at the Royal Free Hospital and Senior Nurse, Operating Theatres, Glasgow Royal Infirmary, before being appointed Deputy Director of Nursing at West Lothian NHS Trust.

In 2004 Jacqueline was made a Dame Commander of the British Empire for services to nursing and the NHS. Currently Jacqueline is Chief Executive of West Middlesex University Hospital and a Trustee of The King’s Fund as well as a Trustee of the General Nursing Council for England and Wales Trust.

Other members of the Commission

Nicholas Timmins: Secretary to the Commission 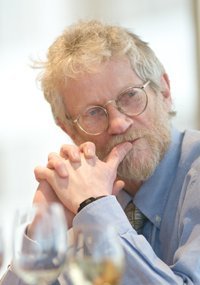 Nicholas Timmins is public policy editor of the Financial Times, a visiting professor in public management at King’s College, London, a senior associate of the Nuffield Trust and president of the Social Policy Association.

He is the author of the award-winning The Five Giants, a narrative history of the British welfare state from Beveridge to Blair.

Nicholas Timmins is acting as Secretary to the Commission and wrote the final report.

The future of leadership and management in the NHS: No more heroes

What sort of leaders does the NHS need? Does the 'hero' chief executive still hold sway? This report concludes the findings of the Commission into leadership and management in the NHS.