In the latest blog in our series celebrating the Fund’s 120th anniversary, we look at the latter half of the 1960s and into the 1970s: a pivotal point for the NHS, which experienced significant reorganisation, and also an important period for the Fund in determining its future role and interest in NHS policy at a national level.

This decade saw the Fund undertake work that, it hoped, would influence decisions around a major reorganisation of the NHS. In 1968, the Fund published a report offering local examples of best practice in co-ordination and co-operation across health services with the aim of feeding into the discussion around government’s Green Paper on the Administrative structure of medical and related services in England and Wales. A major theme of this Green Paper was how to improve the relationship between the NHS, social care and related services – a theme that still resonates today. The Fund’s report called for ‘concentrated efforts throughout the country to increase […] the unification of services’ to ‘improve the service to the patient’ (p 59), cautioning that administrative change at a national level would take a long time to achieve. 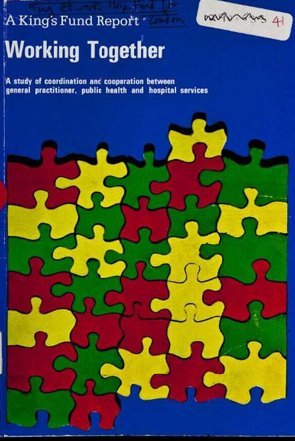 In the lead up to National Health Service Reorganisation Act in 1973, the Fund published further reports that emphasised the importance of integrating health and care services. The shape of hospital management in 1980? argued that the ‘National Health Service as provided by hospitals, local authorities and family practitioners must draw closer together as time goes on and become more integrated with welfare services’ (p 27, 29). Alongside the report and the growing interest in integration, the Fund began to offer courses to medical professionals specifically on running integrated services. 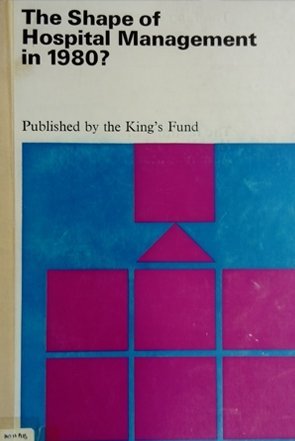 In addition to its work on the reorganisation of services, the Fund also continued its research into health care expenditure. Do we spend enough on healthcare? took into account the public's perception of spend on health care. With charts and statistics about how money was spent in the NHS, it highlighted issues of regional variation and made recommendations for future health priorities, proposing that any extra money should be spent on mental health services and increasing medical staff levels. The report was produced for an exhibition held at the Fund in 1971 with the aim of raising public awareness by promoting ‘widespread discussion and debate about the problems and priorities in healthcare’ (p 4).

During this period, the Fund itself also underwent significant changes as it adapted to the changing health care environment. The Fund’s Administrative Staff College, set up in 1949 to train hospital managers, was renamed The King’s Fund College of Hospital Management in 1968. Courses were offered to senior managers as well as doctors, nurses and national trainees with the aim of improving working relationships between these groups. Nursing courses were absorbed into the college in the late 1960s in response to the recommendations of the Salmon report (1966) that nurses should be given more management responsibility. The Hospital Centre was pivotal to the Fund’s role as an independent place for the discussion of English health policy and it went on to become the King's Fund Centre in 1972. It moved to premises in Camden in 1976, which were opened by HRH Princess Alexandra.

This decade highlights the increasing role the Fund took in influencing and informing NHS policy at a time of great change across the national health system. The next blog in this series will focus on The King’s Fund’s London Programme – a co-ordinated programme that ran through most of the 1980s with the aim of improving health care in the capital.