The latest in our series of blogs celebrating the Fund’s 120th anniversary looks at the Fund’s work in the late 1950s and early 1960s on improving patient experience and how the Fund developed its approach to design – both within hospital settings and for its own visual brand.

After the birth of the NHS, improving patient experience became one of the areas the Fund focused on. During the late 1940s and early 1950s, the Fund had worked to improve the quality and profile of convalescent homes, which greatly enhanced patient experience by championing rest and comfort as important parts of a patient’s recovery. By the late 1950s the Fund began to bring this ethos of patient comfort into hospitals. In 1959 the Fund sponsored a committee to examine the practicalities of expanding the limited hospital library services across the country to provide patients with entertaining reading material. Two years later the Fund published a report analysing the use of films in hospitals as a source of entertainment for patients. The report found that film screenings in long-stay hospitals could be therapeutic for patients, and ‘break the monotony or routine of a prolonged stay in hospital’ (p 11).

Having worked on hospital design since the founding of the NHS, in the early 1960s the Fund began in-depth research into improving the design of hospital equipment to benefit both patients and staff. In 1962 and 1963 the Fund produced two publications based on work by the Nuffield Foundation on the design of non-surgical hospital equipment. These reports explored the use of more efficient, better-designed, tailor-made trolleys and bedsteads with the aim of saving the NHS money and improving patient experience.

In 1965 the Fund installed 20 prototype beds at Chase Farm Hospital and these were tested for patient satisfaction as well as functionality. The resulting data was used in the 1967 publication Design of hospital bedsteads, which gave rise to The King’s Fund bed. The Fund collaborated with the Royal College of Art to produce the bed, which is still used in 85 per cent of hospitals today. This in-depth research-based approach to the design of medical equipment is now the norm, but at the time it was revolutionary. Hospital beds that had hardly changed since the 1800s were now more comfortable and efficient.

The Fund’s interest in design also extended to its own publications, which had barely changed in appearance since the Fund was founded in the 19th century. In the late 1960s ex-nurse Cecily Collier managed the Fund’s publications. She was instrumental in renaming the organisation – the ‘King Edward’s Hospital Fund for London’ became ‘The King’s Fund’ – and it was the publications that first carried this new title. Cecily wanted to bring the Fund’s visual identity into the modern age, and in 1966 she hired a design team. Previously, publications had been created in a standard style by the printers, but now the Fund could create bespoke visuals and a unique style.

Each publication was given its own style: from simple black and white photography to colourful typography and illustrations that reflected the popular trends of the time. For example, the eye-catching front cover and ground-breaking content of Design of hospital bedsteads gave the publication a contemporary feel. 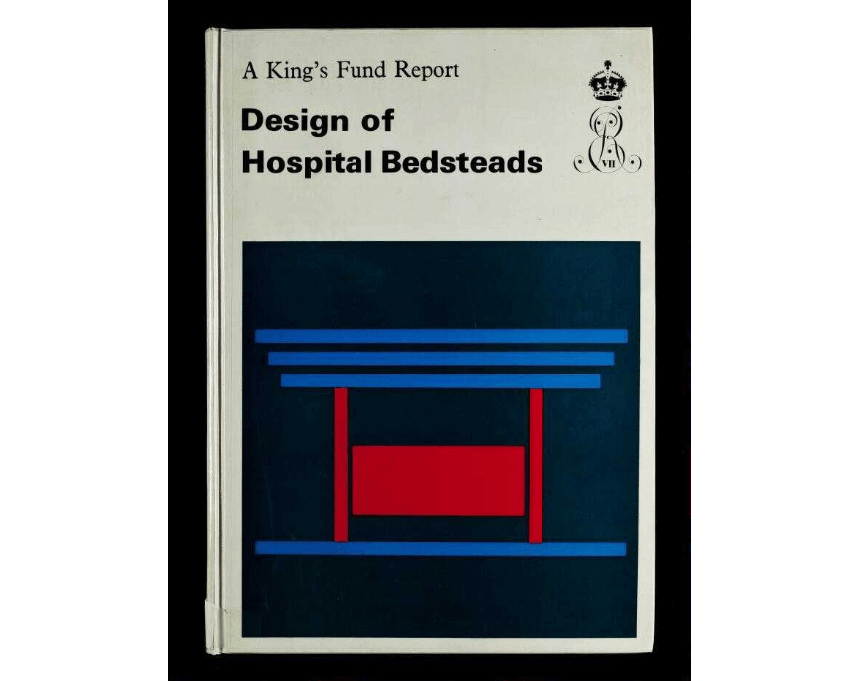 Focusing on patient experience meant the Fund started to take an innovative approach to design not only within hospitals but also with its own publications. By the late 1960s the Fund had a new name, a modern visual style, and had played a part in bed design work that still affects hospital patients and staff to this day. The next blog in this series will focus on the Fund’s increasing role in influencing NHS policy in a period of NHS re-organisation.

A tale of two Acts: the Mental Health Act, the Mental Capacity Act, and their interface

Helen Gilburt shares her research into how mental health and social care professionals make decisions around whether to detain people with mental disorders under the Mental Health Act or the Mental Capacity Act – Deprivation of Liberty Safeguards. Her research uncovered a range of understandings and misunderstandings which impact on practice.
Press release

Shielded voices: hearing from those most in need

Charlotte Augst, Chief Executive of National Voices, and Dan Wellings, Senior Fellow at The King’s Fund, make the case for including communities using services in the Covid-19 response.