While the nation is consumed by the political fallout from the EU referendum result, the quiet crisis in English social care gathers pace. The latest findings from the annual budget survey carried out by the Association of Directors of Adult Social Services (ADASS) should remove any doubt about the gravity of the situation.

Directors of adult social services are usually a fairly measured bunch, grappling daily with aligning the values that brought them into public service with the pragmatic and sometimes messy judgements needed to protect the essential services on which more of us could soon depend. I should know, I used to be one. So the careful prose of the survey report along with a 100 per cent response rate should, if anything, amplify the seriousness of its messages.

This is the sixth year of real-terms reductions in local authority social care budgets. The new social care precept, taken up by all except eight local councils in England, will raise £380 million this year. The money from the Better Care Fund also helps a bit, but these measures are still nowhere near enough to cover this year’s funding gap of more than £1 billion.

The resilience of the system in absorbing massive savings without a complete collapse of services is remarkable. In many places the need to make savings has prompted changes that have led to better outcomes; for example, through innovative approaches that reduce the need for formal services such as re-ablement and asset-based strategies – we heard from exemplars of these approaches at yesterday’s event (for those who didn’t attend the presentations will be available on our website soon).

Nevertheless, the removal of £5.5 billion from social care budgets over the past six years is now taking its toll. Asked about the impact, 85 per cent of directors say that the NHS is under increased pressure, 85 per cent say that more providers face quality challenges, and 84 per cent say that providers are facing financial difficulty. After years of local councils squeezing the fees they pay to providers, most are now awarding increases in recognition of the cost pressures caused by the new National Living Wage. But will these increases be enough, and will they be made in time to avert provider failure, especially in the fragile home care market? With another £941 million worth of savings to be found this year, less than a third of directors were fully confident that these can be delivered this financial year – falling away rapidly to just 2 per cent in 2019/20.

The ADASS budget survey results echo some of the early findings from our current research project with the Nuffield Trust. Our assessment of national evidence and local fieldwork in four very different local authority areas across England is clear: whereas the NHS, despite its current challenges, still offers a universal service covering a range of needs from minor ailments to major surgery, the social care system is heading in the opposite direction – with publicly funded help increasingly only available to those with the very highest needs and lowest means.

Today 25 per cent fewer older people are receiving social care support than five years ago, yet our research is indicating that no-one actually knows what has happened to them. And it’s not just about social care. The number of district nurses and GPs has failed to keep pace with the rising numbers of older people with acute and complex needs. Intermediate care capacity has stalled. The Care Act – a well-intentioned legal framework which swept away a ragbag of laws going back as far as the 1948 National Assistance Act – has created new expectations of local authorities that are completely at odds with the financial trajectory of social care spending. Meanwhile, the political and economic uncertainty created by the Brexit vote casts further doubt on whether the long promised and much delayed cap on care costs will ever be implemented. 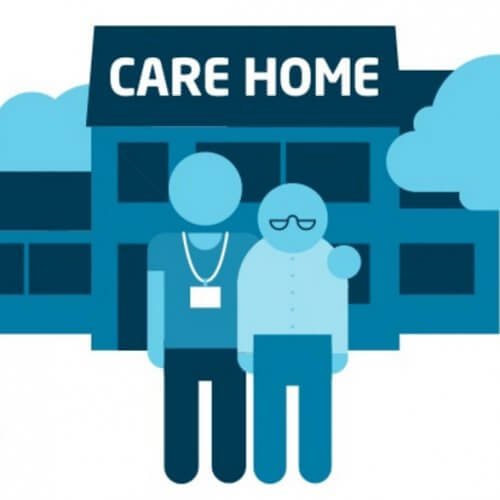 The English social care system in 2016

Graphics illustrating some of the key findings from the 2016 budget survey by the Association of Directors of Adult Social Services (ADASS).
Completed project

The sustainability of social care services

A research project, working in partnership with the Nuffield Trust, to understand the effects of public spending reductions on social care services.

'Integration' is on most people's lips but not in West Berkshire where the LA has decided to separate from their partners? No pooled budgets? I fail to understand how the 'Better Care Fund' can improve the lives of the Mentally Ill if their is no access to this fund due to non 'integrations'.
Great article Richard. Strikes me that one of the issues has been that this is as you state, 'a quiet crisis'. When 25% people are apparently lost to the system we really need to be- collectively - creating as much sound and fury as possible. And a collective approach needs to include NHS England. This is about health, care and wellbeing and the sooner the interplay between health and social care is genuinely understood, the sooner, perhaps, we can close the gap getween the grand rhetoric and the reality on the ground.
You might recall me saying at the recent social care focused King's Fund event "no one likes a whinger' in my opening gambit when speaking up about the need for enthusiasm, pride and progressive ideas about social care and the part care homes can play in addressing H&SC challenges. I really try to resist doom and gloom promulgation - we are determined and frustrated in equal measure in our pursuit of solution focused work -we need to be as we employ lots of staff and look after some of the most vulnerable people in society. Viability relies on positive stories and reputation management so whilst I am so grateful to you and the many others rightly speaking out about our pressures and plight. We at the front line must maintain energy and balance promoting how good we are at the same time as making sure we 'tell the truth' too about our concerns about the future

I'm back at the KF later this year speaking again at the 'enhanced health in care homes' event on the 6th December. I'll be enthusing and inspiring as much as I can humanly muster but don't be misled. We are also fearing for the future in this 'perfect storm' of ours in care home and social care land. Big thx Richard. Keep up the great work!
One reason why the residential care sector has not yet collapsed is that those who self pay (like both my parents did) are now charged up to half as much again by care homes as those funded by social services. This hidden subsidy is an outrageous tax on people already having to pay through the nose.
'Today 25 per cent fewer older people are receiving social care support than five years ago, yet our research is indicating that no-one actually knows what has happened to them'. Is this because they are simply lost to view, or have found alternative forms of support? I doubt it is the latter and fear that in focusing entirely on those with the highest needs and lowest means we risk descending into a chaos of inequality in which only those who 'qualify' due to their destitution are provided for - a sort of modern workhouse situation. One thing is for certain - people do not disappear just because we lose sight of them. Nor do their needs diminish because we refuse to meet them.
A carer has raised the issue of their allowances not being uprated to take account of the National Minimum Wage. Has this been an issue elsewhere? Or perhaps has it prompted re-assessment, followed by a reduction in hours?
You say 'the resilience of the system in absorbing massive savings without a complete collapse of services is remarkable'. Really! - to me it poses questions as to why leaders and managers were not able to achieve this without this pressure and how have we been selecting and monitoring them?
Equally what more can be achieved with this pressure continuing? - perhaps a lot and this may not have escaped the Government.
The inability to fully communicate, share and deliver services between the respective agencies still widely exists after how long?- it is so very embarrassing while patients often suffer from the lack of even the most basic of services.

The outcome of the general election will mean more of the same for the NHS and social care in the short term, and huge uncertainty on two fronts in the medium term, says Chris Ham.