One thing I was pleased to tick off the ‘to-do’ list last week was completing The King’s Fund staff satisfaction survey. It’s nice to be asked how you feel about your job and encouragingly here at the Fund, staff have reported relatively high levels of engagement over the past three survey rounds.

In contrast, the results from the NHS Staff Survey published earlier this year showed staff engagement, job satisfaction and motivation scores fell slightly (but not significantly) between 2013 and 2014. Willingness to recommend the NHS as a place to work also fell – and this was a significant drop. There was an increase in staff reporting they felt under pressure at work, a rise in unhappiness over pay and a rise in reported bullying and harassment from colleagues. On a more positive note, there was an increase in the number of staff reporting they were able to make suggestions for improvement and staff reporting they were involved in decision-making with senior management.

Taking these results together with the ongoing dispute between the government and the clinical professions about junior doctors’ contracts and the government’s plans to end bursaries for student nurses, I hear alarm bells ringing about the wellbeing and morale of NHS staff, and the impact this will have on the quality of patient care. NHS staff are simply under enormous pressure. It's an important issue we’ll be exploring later this week at our seminar on encouraging staff wellbeing in health and care.

I have heard about one individual’s recent experiences: a colleague here at The King’s Fund, who worked in the NHS, told me about her list of daily tasks as a senior house officer. A typical day for her – sometimes over the course of 14 hours – involved joining the ward round of patients admitted overnight, seeing new patients in A&E, starting (but not necessarily having the time to finish) a treatment plan, talking to members of the wider care team, following up on tests, and talking to patients and their family members to try and build rapport. There were also the things I couldn’t imagine myself doing, such as breaking bad news to a patient and their family.

She recounted the message that was drummed in to students during their training: ‘Remember you are seeing the person on the worst day of their lives’. The job that she – and her colleagues across the NHS – wanted to do was to see people getting better, but it isn’t always easy to make the time for individual patients and be compassionate when feeling stressed about the lack of time and feeling unsupported by the equally busy team.

This concept of team support emerged as a significant theme at a recent conference I attended organised by the Point of Care Foundation and the Royal Society of Medicine and research shows that patients’ experience of care is better when staff feel they have a positive ‘local climate’, co-worker support and supervisor support among other things. Ward and team leaders play a significant role in setting expectations of the values, behaviours and attitudes to support the delivery of care. I also heard about how powerful and motivating a simple ‘thank you’ – or some considered feedback – can be between team members. Such a small acknowledgement can make a great difference in replenishing the feeling of compassion towards patients and colleagues.

Effective teamworking is one of six cultural characteristics fundamental to the delivery of continually improving high-quality identified by my colleague Michael West and others.

The behaviours and attitudes of health care staff are powerful in shaping the experience of patients and carers. I felt some staff had let my father down towards the end of his life, for example, when following rules about visiting hours seemed to matter more than alleviating his distress. On the other hand, it was the human touch – that obvious compassion – that mattered the most to me on the best day of my life. When my son was born, during those first few days in hospital, I felt completely lost and overwhelmed. A midwife who had seen me struggling and who I’d seen answering call after call all night sought me out at the end of her 14-hour shift. She sat next to me, put her arm around me and said, ‘It won’t always be like this, you can do this’.

Clearly, compassionate and person-centred care matters. In the toughest times the NHS has ever faced, the challenge is to create cultures of compassion for patients and staff alike.

It is now accepted that healthy cultures in NHS organisations are crucial to ensuring the delivery of high-quality patient care. So which characteristics are fundamental to a healthy culture?
Paid event

Great blog Shilpa. It seems that finding ways of supporting staff is even more important now when services and staff are under such pressure.
Without a motivated and healthy workforce (both physically and mentally) there is no patient care, only more patients! ;)
Great blog Shilpa,
John Ballatt in his book intelligent kindness explores this in the most insightful way. He has produced a fantastic summary, available on the GSF Website entitled INTELLIGENT KINDNESS IN PRACTICE —
WHAT HELPS, WHAT HINDERS AND WHAT CAN WE DO?
We do know this...we just need to put it into practice!
Really interesting Shilpa. As you know I am an advocate of the Triple Aim
as the objectives for integration , ( again this week a lone voice amongst professionals who say budget reductions have to trump patient experience and clinical outcomes) but Adrian has pointed out this new view that we should be looking a 4th aim- Improving the experience of providing care . http://qualitysafety.bmj.com/content/24/10/608.full.pdf+html
Reckon this is correct- patients rightly think a team where all members are equally valued will care for them better than one which is strictly hierarchical. True for teams and true for organisations!
To be compassionate, you have to be mindful (not on autopilot) The Mindfulness Based Cognitive Therapy (MBCT) course teaches this, and should be provided for staff and patients, as the House of Lords Mindful Nation UK report calls for. See papers on section 9 of www.reginaldkapp.org. It should be commissioned under the Better Care Fund
Dear Shipla,

I wondered if you might find this of interest - www.wherearewenow2016.wordpress.com

Sharing ideas around aesthetics and healthcare.

What has Covid-19 taught us about supporting workforce mental health and wellbeing?

The Covid-19 outbreak has exposed gaps in psychosocial support for health care workers. Mary Docherty, Consultant Liaison Psychiatrist at King’s College Hospital NHS Foundation Trust London, considers the action needed to address those gaps and meet the needs of the workforce in the future.
Blog 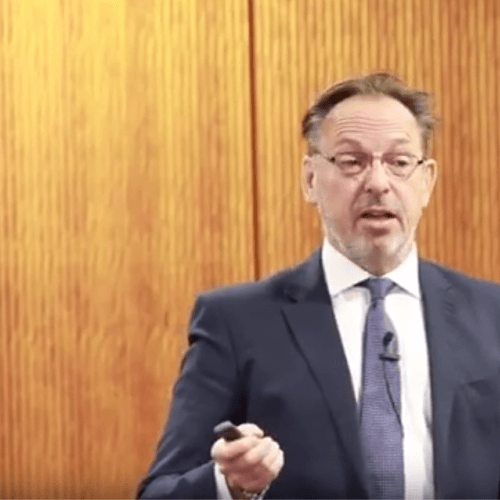