The headlines that preceded Jeremy Hunt’s speech at the Fund yesterday may have focused on seven-day working, but what he had to say about his approach to reform is likely to be of greater interest to leaders within the NHS.

The Health Secretary’s central message was that in future reform will rely less on top-down controls and more on what he called ‘self-directed improvement’. This will go hand-in-hand with greater transparency about NHS performance and an aspiration that the NHS should become ‘the world’s largest learning organisation’.

The ambition is for the NHS to develop a ‘culture of continuous improvement’ supported by buddying with high-performing organisations such as the Virginia Mason Medical Centre in Seattle. In Hunt’s own words, ‘I want these changes to create a profound change in culture in the NHS’, moving away from targets and money as the main ways of delivering improvements in care.

There is much to be welcomed in this approach, which draws on Don Berwick’s report following the Francis report and echoes our thinking at the Fund on reforming the NHS from within. The hard question is – how do we translate those aspirations into practice at a time when external pressures to reform and improve remain the policy instruments of choice? I believe that three conditions need to be met if Hunt’s ideas are to gain traction.

First, we need to recognise the time it takes to deliver continuous improvement from within. Our own analysis of high-performing health care systems around the world shows that moving from poor to good and from good to great does not happen quickly. Virginia Mason, Salford Royal and others understand the simple truth that improvement results from the accumulation of many small changes over time rather than a major breakthrough in performance. Their journeys of improvement extend over a decade or more, the rub being that time is as scarce as money in today’s NHS.

Second, support needs to be provided to the 1.4 million staff working in the NHS to give them the skills to make improvements in care. Experience from high-performing systems shows that this is best done by NHS organisations themselves rather than by external agencies and consultants. Buddying with international exemplars can play a part, as can expertise from national bodies such as NHS Improvement, as the merged Monitor/Trust Development Authority will be known. But there is really no substitute for a deep commitment by the leaders of each and every NHS organisation to ‘self-directed improvement’, including the commitment of time and resources to improvement methods and to staff training and development.

The third and most difficult condition is for politicians and national bodies to act in a way that is consistent with Hunt’s vision. Hunt’s speech referred to Nye Bevan’s dictum that when the bedpan falls on the floor of Tredegar Hospital the sound should reverberate around the Palace of Westminster. He reflected on the impetus this creates for health secretaries to discover their ‘inner Stalin’ as they rush to bang heads together, a pattern of behaviour all too familiar in the history of the NHS. The question is whether current and future health secretaries can exercise a self-denying ordinance and hold back when their Cabinet colleagues and the media are urging intervention.

Time will, of course, tell but, there may be a need to convert the welcome aspirations in the speech into the new political settlement we’ve called for. This would demarcate the role of politicians in order to give credence to the claim that ‘devolution and transparency’ should be the way forward. We will be looking at how the government’s plans for Devo Manc are evolving to consider what implications they have for accountability and what forms a new political settlement could take.

Just as the Conservative Party gave credibility to its pre-election commitment not to raise some taxes by promising to legislate to this effect, Jeremy Hunt should consider acting decisively to limit the intervention of health secretaries and overcome the scepticism that exists in the NHS leadership community. This could involve legislating to make clear the Health Secretary’s accountability for the NHS as a whole rather than for operational matters, or spelling this out in a concordat if legislation is not an option. Heated debate over the attempt in the Health and Social Care Act 2012 to limit the powers of the Health Secretary shows this will not be easy but it may be necessary if there is a serious intention to move away from micromanagement at the centre. Only in this way is there a chance that the inner Stalin will not reappear when the next winter crisis occurs.

Health and social care under the new government

Priorities and selected commentary/analysis for the new government, which takes up office with the NHS facing its biggest challenges for many years, while pressures on social care are escalating.

And what did the Minister say about the House of Lords debate July 9th, exactly one week prior to his speech, Namely the motion proposing the 'unsustainability' of the National Health Service as a public service free at the point of need? (http://www.publications.parliament.uk/pa/ld201516/ldhansrd/text/150709-0001.htm)

Perhaps this is the 'profound change' the Minister was really referring to...

Wonderfully articulated; the 3 action points regarding Time, support and political will.

The oft quoted argument of long gestation does not cut ice as it will take same time (may be longer if you delay and with violent consequences) whenever you begin. The time is now!
While the NHS: 1. remains the most important issue by which government performance is measured, 2. the NHS is funded almost 100% by central government, and 3. the NHS is accorded priority in funding over all other government services, - it is unrealistic to think that any government will put real limitations on the powers of Health Secretaries. Substantially change one or more of these conditions and a "new political settlement" might become politically acceptable.
If Hunt wants to demonstrate that he has squashed his inner Stalin, he should immediately abolish the 4 hour A&E target and the 18 week elective target. That would show he means business.
By measuring median time to treat instead, in both cases, he would also show he cares about what matters to patients, and cares about improvement, because managers would then be free to work on improving these measures rather than simply hit or miss a target.
Then he would not need to go 6,000 miles to look for improvements. There is plenty of knowledge and expertise in this country, and the NHS does not need to take lessons from the world's most expensive and wasteful healthcare economy. That flow should be reversed.
But let's be optimistic, and by the way improvements don't have to take years. GP practices we work with are transformed within 12 weeks, repeatably and sustainably. Come and see.
Can you tell me where the NICE promises on safe staffing levels have got to 12 month's later Mr Hunt especially after the Francis report. ?

Better value and a better night's sleep: keeping acutely unwell children and adults out of hospital

Mathew Mathai, Consultant Paediatrician at Bradford Teaching Hospitals NHS Foundation Trust, explains how the concept of a ‘virtual hospital’ and keeping patients out of hospital where possible has helped to improve quality and reduce costs.
Blog

Focusing on just one of these priorities can seem more straightforward, but that is not the reality of life for NHS leaders and is not the right approach, says Matthew Kershaw.
Blog

Initiating improvement: the impact of the Care Quality Commission’s approach to inspection

In light of the recent National Audit Office report, Rachael Smithson considers the Care Quality Commission’s approach and the ways in which the organisation is having an impact on quality of care. 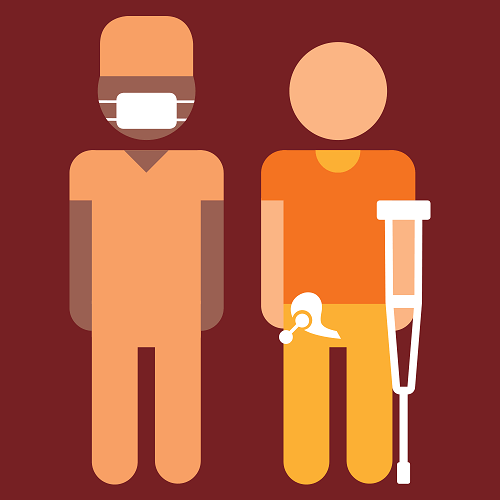 The Getting It Right First Time (GIRFT) programme aims to bring about higher-quality care in hospitals, at lower cost, by reducing unwanted variations in services and practices.