In March 1989 Tim Berners-Lee proposed a new way of linking and sharing information that resulted in the birth of the World Wide Web.

In 2011, after being diagnosed with an aggressive form of sarcoma, Dr Kate Granger founded the #hellomynameis campaign using a social media platform made possible by the web. Her campaign has been credited with doing more to highlight the importance of communicating with compassion than any other personal care initiative.

While thinking about these events in the context of International Women's Day and its theme, #MakeItHappen, it struck me that they demonstrate two important things: first, both genders must be involved in delivering advances for women globally; second, technology can help us achieve gender equality at pace, allowing ‘viral’ change that moves us from rhetoric to reality more quickly.

This year’s International Women’s Day resonates with another campaign being run by Sport England, This Girl Can. Both campaigns create a vision of a world in which gender equality and enabling women to achieve their potential are achievable. They can also help us to reflect on the assumptions we make about women and the roles they hold in health care. For example, the Sport England campaign has enabled frank conversations about stereotypes based on women’s physical form as opposed to their ability.

Increasing the number of women in leadership roles is a goal for many men and women across the world. Many column inches have been devoted to making sense of ‘herstory’ and the current situation. Many top-down initiatives have been started. What seems to be needed in health and care is a sustained movement in which both men and women make good on the commitments to reduce and remove the barriers to women advancing their careers and achieving their potential on equal terms with their male colleagues.

One barrier that has featured consistently in stories of women seeking to progress has been the way in which flexible working practices are handled. Few organisations in health will espouse anything other than flexible working practices, yet when you look beneath the surface, attitudes towards those who take up flexible working (including job shares) has been enough to dissuade many from asking for this. Recent work on Advancing Women in Medicine has shown that surgery and some medical specialties are not seen as an attractive option for women who may require more flexibility than the current training process and culture permit.

Linked to this is a belief held by some men and women that working part time means you are only partially capable or committed. This stigma has made it difficult for some people to continue balancing work with familial or caring responsibilities and has resulted in a loss to the NHS of a committed and talented part of the workforce. Creating an inclusive culture involves embracing diverse work patterns for men and women and changing the ingrained organisational and cultural attitudes about how work is organised. This will go some way towards making the NHS more attractive to women and to mature workers who still have much to contribute but for whom the traditional work day is too long. #MakeItHappen can make a difference to health in the UK if we take this opportunity to address the issue of flexible working.

These issues also matter to the ‘millennial’ generation, who are coming into the workforce with more education and in greater numbers than any previous generation. We have the opportunity now, more than at any other time, to create inclusive cultures that enable women to decide for themselves what they want to be, and to accept that what women want and need (due in part to biological factors specific to women) will vary throughout their lives.

International Women’s Day 2015 urges everyone around the world to #MakeItHappen. Embracing flexible working patterns may seem a small change, but #hellomynameis proved that small changes can make big differences. I am therefore inviting workforce leads and leaders in health and care to join me on the hashtag #NHSFlex to start discussing what we can do to bring about this change and to help attract and retain talent.

Our new women in medicine page collects blogs, videos and other content around the themes of gender equality and advancing women in health and care.

Great blog, Vijaya. I'm really enjoying energy of #IIWD #medwomen and feeling positive that appetite for male and female doctors to encourage and support each other to be the best they can be is increasing . Young FMLM members particularly inspirational!
Small changes can certainly make a big difference over time. We know culture change is stubborn and far slower to take than change (or improvement) in clinical procedure. But clinical improvements can be best achieved alongside culture change. Florence Nightingale’s vocation in healthcare flew in the face of how things were done – or left undone – at the time, and while she knew nothing of bacterial infection, her insistence on sanitary conditions for patient care drastically reduced death rates and over time her approach became evidence-based through the health data she collated around her work. These were small but significant steps that we all know led to a giant leap in the way hospitals were run and nurses were recruited and trained. Small changes which take time to evolve, develop and bed-in, can be more sustainable, especially if evidence of success is gathered, shared and understood. Happily, Kate Granger’s campaign of human compassion does not appear to have taken long to bed-in, thanks to the universal power of 20th and 21st century communication platforms. But stilted workforce practices that consistently deny the flexibility required to retain talent and aide progress help no one, certainly not patients. These belong to the past. The system had to bend and flex to accommodate the commitment and talent of one woman 160 years ago. Let’s not deny current and future clinical ‘lamp-holders’ (whether female or male, part or full time) the right of way.
Reviewing the reports concerning Women in Medicine between 2001 - 2009 it becomes apparent that the recommendations are all there and clearly stated. Despite this, progress has been slow. We now have an opportunity through the increased media publicity to applaud steps forward and emphasise that changing attitudes and acceptance of alternative pathways and different ways of working benefit men and women doctors as well as quality of care.
Thank you to all of our collaborating partners & many contributors to #MakeItHappen #MedWomen #PaintitPurple
With all the progress ,so much more needs to be done to enable women across the world to achieve potential , speaking out against practices that limit women is the only way forward . Thank you to all those who stand by women daily and to those who are working with us to progress our commitments .

How is Covid-19 repeating patterns of existing health inequalities? What factors are driving the disproportionate impact of the pandemic on the health of ethnic minority populations? Helen McKenna sits down with Natalie Creary from Black Thrive and James Nazroo from the University of Manchester.
Blog

While the NHS is making progress on closing some race inequality gaps, there is room for improvement. Habib Naqvi discusses opportunities to support work around the Workforce Race Equality Standard. 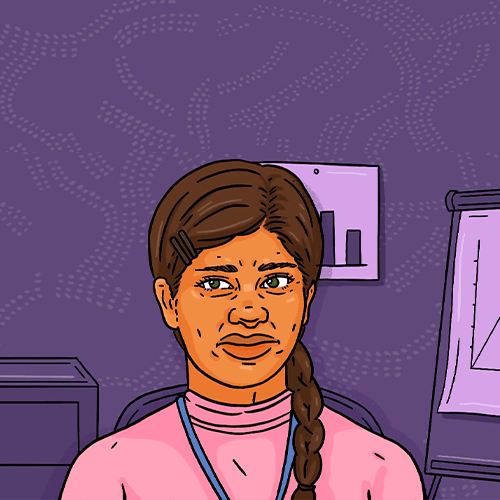 What's it like being a member of staff from an ethnic minority background in the NHS?

We spoke to 12 members of staff from ethnic minority backgrounds about their experiences working in the NHS. This short animation brings some of those experiences to life.
Blog

Time to speak up: some necessary words about racism

It’s time to speak up and challenge the individuals and cultures that perpetuate racism and racial injustice. Tracie Jolliff calls for collective action to support change.