Norman Lamb’s announcement of a second wave of 10 integrated care pioneers at our recent integrated care summit signalled the continuing commitment of ministers to joining up care around the needs of patients and populations.

The achievements of the first wave of pioneers were showcased at the summit in a presentation from colleagues in Greenwich demonstrating how they have reduced emergency hospital admissions by targeting high risk groups in the population. In Greenwich and elsewhere priority is being given to intervening early to support these groups through closer integration of health and social care. The emphasis now placed in the Better Care Fund on cutting emergency admissions seems likely to reinforce these initiatives.

The national director of the Better Care Fund, Andrew Ridley, gave an upbeat report on progress at the summit. He explained that revised local plans for the use of the Better Care Fund were now being reviewed and that feedback will be provided to all areas shortly. The further work done on the plans over the summer had introduced much more rigour, giving greater confidence that they will deliver the 3.5 per cent reduction in emergency admissions being sought across England, although this will still be challenging. The National Audit Office will publish its assessment of the Better Care Fund soon.

European speakers at the summit provided a helpful reminder of the time and investment needed to demonstrate the impact of integrated care. Helmut Hildebrandt from Gesundes Kinzigtal explained that his work in Germany showed the need to build the foundations of integrated care carefully before expecting to see the results. This meant committing to a programme of work over 5–10 years and resisting the temptation to terminate worthwhile innovations before they had had time to improve outcomes. The architects of the pioneer programme and the Better Care Fund should take note.

The palpable enthusiasm of health and social care leaders at the summit contrasted strongly with presentations by researchers who were much more cautious about the strength of the evidence to support integrated care. A rapid review of systematic reviews and meta-analyses found that evidence of economic impact was either mixed or uncertain, while also noting weaknesses in the design of many evaluations.

The question this raised for many participants was how to bridge the gap between the parallel universes of researchers and practitioners?

The Fund’s position is that evidence and experience from around the world already provides grounds to believe that integrated care brings benefits (see the Clinical and service integration report). These benefits often arise when factors not usually studied in formal evaluations by health services researchers are in place. These factors include effective leadership and skills in implementing complex service interventions.

Reviews that show ‘mixed evidence’ may simply be reflecting variations between areas in paying attention to these factors rather than casting doubts on the benefits of integrated care. The organisations that succeed and prosper will be those that ensure the right leadership is in place to realise the benefits of the investments made through the pioneer programme and the Better Care Fund with the support of senior staff dedicated to making it happen.

Evidence from the NHS and other systems means we now know a great deal about the ingredients of effective care, including risk stratification, case management, care co-ordination, multidisciplinary teams and well-organised primary care. There is also growing evidence about how to use these ingredients to improve outcomes for patients and populations. Bridging the gap between the parallel universes of researchers and practitioners requires both groups to pay attention to the process of change as well as to the content of change.

They may not be parallel universes but there definitely are multiple realities!

Just by the mere act of calling it the BETTER CARE FUND or throwing more money at the problem, care won't get any better. Having said that, for a lot of transformation work, some investment is definitely required.
Apart from the investment of money, the other investments required are the ones that are required to cover the other major deficits in the healthcare system (not many people wish to talk about these deficits):

1. A deficit of engagement and enablement of frontline clinical teams

2. A deficit of motivation and morale (because of poor leadership and ad nauseum changes)

3. A deficit of collaboration. COLLABORATION is the most important innovation for today.

Minesh Khashu
Nigel is absolutely correct. Productivity in the NHS is abysmal. The political class approach of throwing ever increasing amounts of money at the service has exascerbated the problem and constant re-organisation reinforces it.
Expenditure could be reduced by 20% and productivity improved by at least the same amount by the application of nouse by people who know what is required and pressing on with doing it.

I agree - parallel universes. So, how many randomised double blind trials did it take to develop and refine the iPhone? Answer none. The implicit belief that the status quo is good, so no risk at all can be taken in change without proof is fundamentally unsound when we have manifest harm and deliverly failure to those who most need health care - most obviously the frail elderly. Health systems need to develop and understand the principles of improvement methodology which has driven the dramtic improvements in productivity in industry and hence in the quality of our lives, whilst health remains bedded in the 1900s as a cottage industry. The ethics of continuing the present level of poor care need to be part of the discussion when it comes to debating the ethics of making change. The important principle is to measure continuously the key outcomes that matter throughout the change process. The question should be what are the three things we need to know to know that we are doing better and what are the things we need to know to know that we are not doing harm. Doing nothing is no longer an acceptable option. 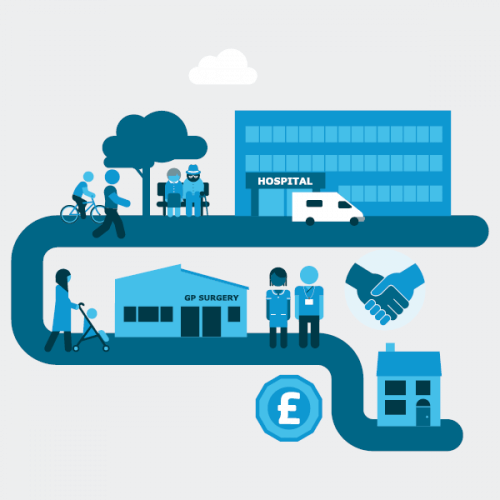 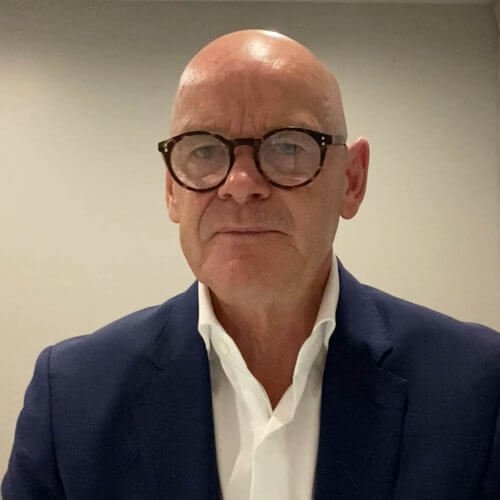 To make the most of the opportunities offered by integrated care systems and local place-based working, partnership-working needs to be about more than just relationships between organisations. Now is the time to embrace community power and strengthen community engagement and involvement, says Chris Naylor.
Press release

‘The Committee rightly acknowledges the possible benefits of the government’s health and care reforms, while also identifying the significant pitfalls ministers must avoid,' says Chief Executive of The King's Fund, Richard Murray.