Sugar. It’s been everywhere recently. There is increasing evidence that we have too much sugar in our diet, which has an impact on our health and has led to increasing public debate on the food and drink industry and the role of tax, education and other policies to restrict consumption. The World Health Organization has launched a public consultation on its draft guidelines, suggesting that there would be additional health benefits if sugar consumption was reduced to 5 per cent of our daily calorie intake, but where is Public Health England’s voice in this debate?

I recently argued that the system leaders – NHS England, Public Health England and the Department of Health – need to do more themselves to tackle inequalities in health, as well as call everyone else to action. Public Health England needs to be stronger and more visible on supporting and challenging central government on the impact of its policies on health inequalities. And the Health Select Committee has said that, ‘Public Heath England was created by Parliament to provide a fearless and independent national voice for public health in England’ but ‘does not believe that this voice has not yet been sufficiently clearly heard.’

In response, the Faculty of Public Health and the British Medical Association have both called for its independence, clearly thinking that the reason Public Health England hasn’t been speaking up – or been allowed to speak up – is because of its status as an executive agency of the Department of Health. Back in 2011, in our consultation response to the public health reforms, we argued that it was better for Public Health England to be in the tent of government, rather than on the sidelines of it.

The roles, advantages and disadvantages of executive agencies and other arm’s length bodies have been well reviewed by the Institute for Government (IFG) in Read before Burning. That sets out the case for four types of arm’s length bodies: constitutional bodies, who answer to parliament, not ministers; independent public interest bodies, who, although reporting to ministers, set their own strategy; departmental sponsored bodies, who perform functions on behalf of a department but have some discretion; and executive agencies, staffed by civil servants who undertake the delegated implementation of government policy.

Public Health England’s many roles – driven by its conglomeration of functions from more than 70 separate bodies – mean it is inevitably a complex organisation. But looking at it across the piece, it seems to currently be a mixture of the first three of the IFG’s four types of arm’s length body: the Health Select Committee certainly expects it to answer to parliament, not just ministers; it carries out standard-setting and regulation, and also performs other functions including supporting local government’s public health roles. In terms of its stated role it looks less like what it is currently labelled, an executive agency.

We therefore agree with the view of the Committee that there is a need for the relationship to be clarified, including whether executive agency status is appropriate and whether this explains why Public Health England has been quieter to date than many would have liked.

In reality, Public Health England has a tricky line to negotiate, between commissioning and waiting for evidence, and to make its voice heard soon and loud enough to influence public health debates and policy formation. The good news is that its Chief Executive, Duncan Selbie, has welcomed both the WHO and Health Select Committee reports and we, like others, look to Public Health England to strengthen its position and voice in wider government policy-making and public debate.

The three key system leaders on health inequalities – the Department of Health, NHS England and Public Health England – need to kick-start a national conversation by telling us how they are going to use their power to do their bit.
Completed project

Whilst it's early days for PHE, I am not sure the IFG's four types of AL body is helpful . Question: can a civil servant really provide independent advice? Have a look at the Civil Service code of Practice. Question: which other arms length bodies should PHE aspire to? NICE perhaps? NHS and social care IC or ONS? Are their staff civil servants? What discretion do they have? do they have Boards with real responsibilities? Because the KF said PHE should be in the tent doesn't mean that is the right answer. The jury's out on PHE.
Don't hold your breath, Bobby. What chance independence when PHE and many other health advisory bodies cannot be trusted to maintain their own websites (some of which were set up so as to underline their independence from government) the existing sites to be shortly subsumed within the monolithic gov.uk domain, one click away from DVLC and other such highly relevant information sources?

What is social prescribing?

Social prescribing enables GPs, nurses and other primary care professionals to refer people to a range of local, non-clinical services to support their health and wellbeing. But does it work? And how does it fit in with wider health and care policy? 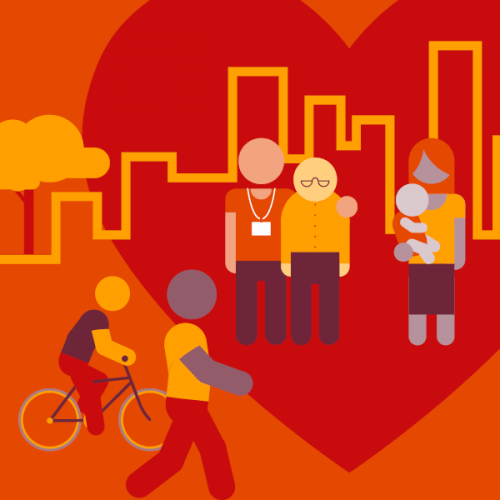 Helen McKenna sits down with Marvin Rees, the Mayor of Bristol, to explore his approach to place-based leadership, the NHS’s role as a ‘place-shaper’ and the city’s experience of Covid-19.
Blog

The Spending Review and public health: the need for certainty in the shorter term and social value in the longer

David Buck considers how the upcoming Spending Review can provide stability for public health in the short term the and resources to create social value and reduce health inequalities in the long term.