Does it make sense to have separate funding systems for health and social care? And what should be the balance between the individual and the state in funding services?

These are some of the key issues currently being considered by the independent Barker Commission, set up by The King’s Fund to explore whether the post-war settlement, with separate systems for health and social care, remains fit for purpose.

In 1948, the health and social care systems in England were set up as two separately funded services. Sixty-five years on, people are living longer, with a mixture of needs – including multiple long-term conditions, dementia and frailty – that are becoming increasingly hard to compartmentalise.

So, what does the general public think?

Recent surveys suggest that the public’s understanding of the distinction between health and social care is generally poor – with people often assuming that social care will be free as part of the NHS. Ipsos MORI’s latest polling of Londoners shows that nearly three in five Londoners incorrectly believe that they won’t have to pay anything towards the costs of their old-age care. Most people are not financially prepared for their own future care needs and do not plan ahead.

To understand more about what the public think about who should pay for care, we have taken a look at previously unpublished results from the most recent British Social Attitudes (BSA) survey. The results (Figure 1) show that the public is divided: half of those surveyed feel that the state should fund social care; the other half think that individuals should contribute to their care costs. More than one in five support a threshold for means-tested support and more than one in four support a cap on the amount individuals would need to contribute (although the level of the cap is not specified).

Figure 1: Who do you think should pay for social care? 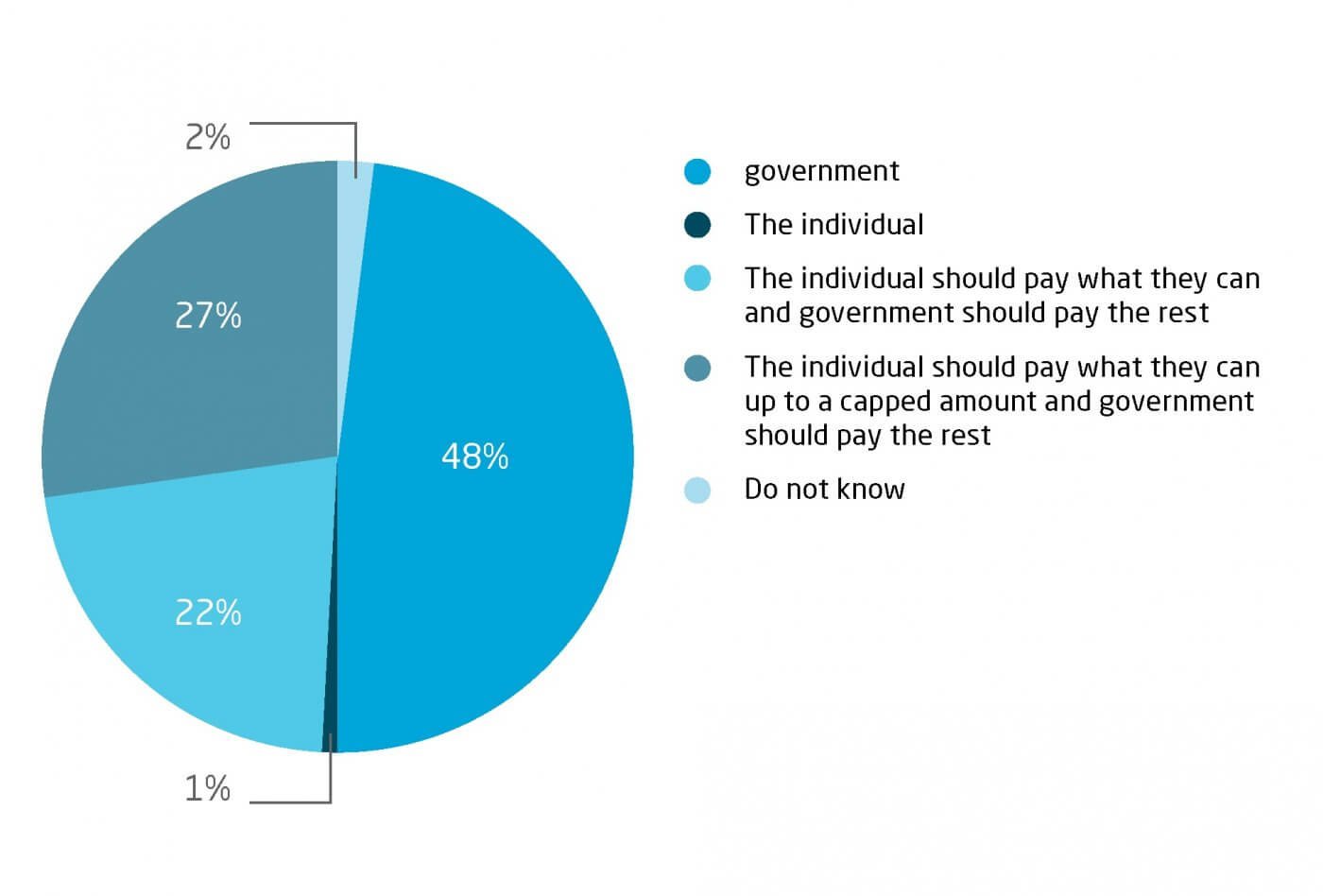 Figure 2: Who should pay for social care by age group

Figure 3: Who should pay for social care by pre-tax household income group

The BSA survey results show a clear split in public views – highlighting the need for a bigger debate about how the kind of health and care system we need in the future should be paid for. The issues are complex: difficult choices lie ahead about how much to spend on health and social care and how to fund this. The government, in the Care Bill going through parliament, is proposing to introduce a cap on the costs of care for the individual – set at £72,000 from 2016. This will protect people from some of the worst iniquities of the current system, but will not solve the social care funding challenge.

The Barker Commission will publish an interim report to explore the issues further in April this year – please add your voice to the debate.

The fact that only 1% feel the individual should pay for social care sets the scene for the massive disconnect in the integration system and where responsibity rests regarding care of older old people - a person who accumulates wealth in their lifetime may well want to pass much of this on to their loved ones when they die - however many would see it as reasonable that they use accumulated wealth as per the 'rainy day' scenario to exercise choice and enhance their later life quality of life in not just taking that much deserved world cruise etc... and time enjoying retirement but also include paying for care needs when they become less able and less independent. The real problem comes from the current huge squeeze on social care leading to the equivalent consequence of increased NHS activity ie reduced social care resource and capacity to deal with a growing frail elderly population resulting in more preventable hospital admissions and longer stays as well as 'hospital related deterioration' more so than for a person with dementia. This scenario can be best described as the inevitable outcome of 'bulge management' or perhaps mismanagement. The answer ?- better real joined up working getting beyond the WIIFM (what's in it for me) factor of self interest over common interest usually to do with funding and hiearachical / organisational loyalties and 'small p' politics. Working with energy and creative application of likemindedness and a more 'Can Do' spirit re flexible, responsive, person centred care identifying the most at risk of an avoidable admission and being proactive. The cost of care will need a fair and true reflection in budget inequities and decisions about best value and appropriate settings for care and support eg NHS budget of circa £116b compared to a social budget of closer to £14b - the Better Care Fund is a drop in the ocean re real impact on true collectivism in helping to address the demographic time bomb

I may have strayed a little from the primary question of who pays for social care but a simple answer is not really an option - I could be persuaded to get involved in offering thoughts experience and new ways of doing things on this as an ex senior clinician and commissioner - There are some excellent examples of creative models of working to provide some future proofing of positive work to protect best care and support and contain demand - our local dementia quality kite mark being a good example - one which we will be presenting to David Prior and Andrea Sutcliffe at the CQC next week. More collaborative health, social care, independent, third sector, Pharma and truely plural models of work is surely the only way forward
My personal view and one which is based on experience of stroke and Parkinson's is that the boundaries of what is health and what is social care have shifted so much without any sort of debate, and governments, councils and the NHS have been complicit in effectively encouraging people to believe that their needs are social care unless "practically dead" an oft used phrase when it comes to trying to get the NHS to fund your care outside of hospital.

This is so often supported by the claim "the public don't understand what social care is" when of course actually they do. They just don't understand why 24 hour care for someone who is suffering the mental and physical consequences of severe illness and disability isn't something the NHS would provide free at the point of care for.

No wonder people are terrified by the huge sums involved, and either object or disengage from the system until they reach crisis point leaving their closest to try and cope. How many people can say they would be truly confident that the thousands of pounds they are paying is buying in the best care? Perhaps they would be if they knew the staff are being paid more than a pittance but that's not their experience either. Much of that money is just cross subsidising those who can't afford their own care but again that's another little secret no one wants to admit.

Yes lets have a debate over how to fund care across the piece but lets not pretend that the social care people were expected to fund in 1948 is the so called "social care" of today and criticise the public for its apparent ignorance.
I don't think govt. have their 100% for social care. Some NGO organization is helpful and they have great role in social care.

Delayed discharge: 'It’s not just about the money'

Delayed transfers of care will only be solved when there is substantial additional investment in community-based services alongside local reform and improvement, argues Richard Humphries.

Illustrated summary of the Barker Commission's final report and recommendations on separate systems for health and social care.
Completed project

The Barker Commission answered the question of whether having separate systems for health and social care is still fit for purpose.
Evidence and consultation

Debate in the House of Commons - the future of social care: Briefing

In this briefing for the Debate in the House of Commons, we set out our thoughts on the future of social care, the Dilnot Commission and how the integration of health and social care could be implemented.