Do reconfiguration debates ever remind you of the film Groundhog Day, in which the protagonist Bill Murray is trapped in a world where he relives the same day over and over again? The same arguments run and rerun; evidence is presented and then retracted; one step forward, one step back. The protracted process around the proposed closure of the children’s heart surgery unit at Leeds is the latest example of the difficulties associated with delivering change. Is there a way through this?

In my last blog on public engagement with service change, I argued for service change driven by evidence. I cited the example of the reconfiguration of stroke services in London, where the wide variation in standards and outcomes was, in my view, a powerful way of generating clinical and public support. Yet the furore surrounding the temporary suspension of children’s heart surgery at Leeds reminds us that evidence is often complex and frequently contested, particularly by those to whom it relates.

As Paul Taylor demonstrates in his recent article ‘Rigging the death rate’, data quality, small sample sizes and the difficulties in adjusting for case mix all contribute to the statistical challenge of identifying trusts where things are ‘going wrong’. Taylor advocates an approach adopted in Australia, under which a broad range of outcomes are monitored and alerts are triggered at relatively low thresholds. He argues that this generates a culture of ongoing inquiry into safety issues within hospitals. Another approach was adopted by John Yates and colleagues who analysed seven, specialty-specific variables from hospital episode statistics likely to be associated with poor consultant performance. From this they were able to identify outliers in gynaecological surgery, including Rodney Ledward, the subject of the Ritchie Inquiry and who was suspended in 1996. We need to be much more sophisticated and targeted in how we look at the quality of care. We also need to use measures as ‘tin openers’ to an investigation of quality, as in Australia, not ‘dials’.

A question raised by this debate is that if we believe that services should be delivered by a minimum number of doctors, why do we not build this into current contracts? In the United States, state regulators impose minimum staffing and facility standards on health providers for services such as trauma and cardiac services. The NHS Commissioning Board (now NHS England) could set minimum staffing and activity levels in their specialist commissioning contracts. One of the reasons is that we try, for the very best of reasons, to drive optimal solutions across geographies. In the case of children’s heart surgery, a review across the whole of England. The problem with these processes is that they can distance decision-making from patients and staff. Processes need to be highly transparent and robust to retain local confidence in them.

Sadly there is no magic bullet. Service reconfiguration is a change management task, writ large. Evidence is almost always contested, though we have opportunities to use it in a more refined and systematic way. Crucially, we need to ensure the process for considering the evidence is transparent and robust, to ensure that all voices are heard before decisions are made. Commissioners and regulators need to play a stronger role in driving change. But we must create a time-limited process. Without this, we seem destined to inhabit a perpetual Groundhog Day of one step forward, one step back. Change in children’s heart services has been sought for more than 20 years − two decades in which we may have been failing children with congenital heart disease across the country. Without change we will never know how many.

Getting to grips with climate change: how can the NHS get to net zero?

The NHS recently announced an ambitious commitment to reduce its carbon footprint to net zero. Chris Naylor looks at what it might take to achieve this goal.
Long read

How can we make sure that people always receive the compassionate care they need? Ben Collins looks at five organisations that are thinking differently about how they support patients and service users, and considers what we can learn from their unconventional approaches. 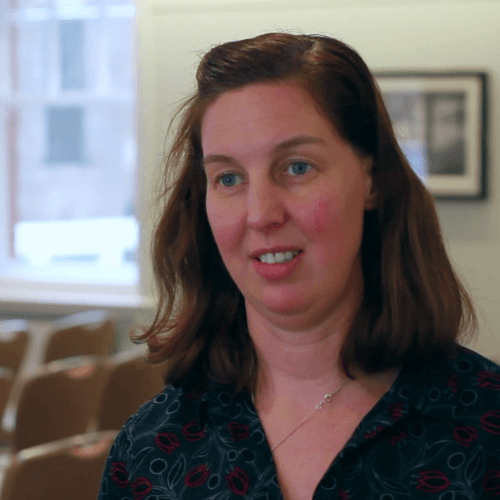 As part of our Radical innovation in delivering health and care services report, we interviewed Laura Neilson, CEO of Hope Citadel Healthcare.
Report

This report explores the progress, challenges and opportunities the move towards greater integration presents, through interviews with 16 people leading or chairing an integrated care system or sustainability and transformation partnership.