The Department of Health's Operating Framework for 2012/13 confirmed the NHS Constitution guarantee that patients can still expect to receive treatment for non-urgent conditions as an inpatient or outpatient within 18 weeks.

Given concerns that, because of these targets, trusts may choose not to admit patients who have already exceeded the 18-week target wait, the Operating Framework also introduces a new target for patients still waiting. Although the target will not be enforced until 2012/13, the aim is to ensure that no more than 8 per cent of patients on incomplete pathways – those still waiting for an outpatient attendance – will wait longer than 18 weeks. Despite a significant drop in the number still waiting more than 52 weeks immediately following the announcement of this target, the proportion of patients on an incomplete pathway in November 2011, and still waiting longer than 18 weeks, stood at 9.01 per cent. This represents almost 200,000 patients in breach of the proposed target.

There is also clearly some concern by the Department of Health that waiting times may slip over the next few months. In a letter to strategic health authorities on 22 December 2011, David Flory, Deputy NHS Chief Executive, announced additional funding from the existing total NHS budget to improve access (ie, reduce waiting times). A total of £300million will be made available: £50million for each of the four strategic health authority clusters and £100million to clinical commissioning groups via their primary care trust clusters.

The outcome of this funding will not be revealed until the beginning of the 2012/13 financial year, when the waiting times data for February 2011 will be released and we will be able to look back on data from the previous quarter to identify any improving trends in waiting times.

The latest NHS waiting times data is for November 2011 and includes information on median waits and referral-to-treatment waiting times for inpatients, outpatients and those still waiting.

Median waiting times show the middle point of the waiting time distributions and can be thought of as the 50th percentile; half of patients on the waiting list were treated within this time and half waited longer for treatment. 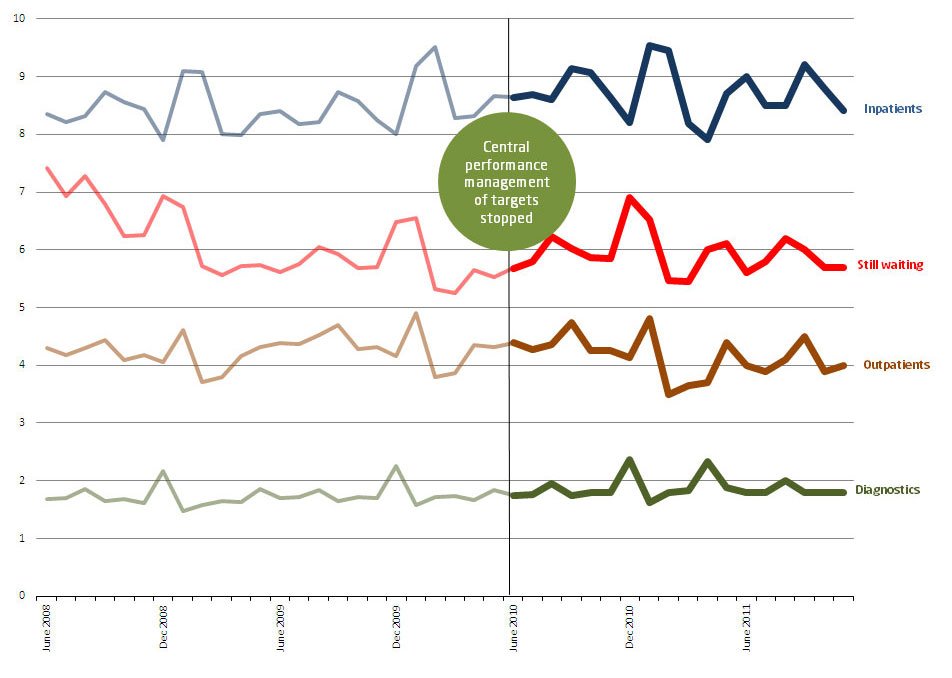 The 18-week referral-to-treatment waiting times data for November 2011 show a small increase in the percentage of patients waiting longer than 18 weeks for outpatients (3 per cent) and inpatients (9 per cent). Figures for those still waiting (9 per cent) and diagnostics (1.1 per cent) fell slightly compared with October 2011.

However, year-on-year performance is deteriorating for inpatient, outpatient and diagnostic waiting. Despite increases in the proportion of patients having waited longer than 18 weeks compared with November 2010, overall the 18-week operational standard for inpatients and outpatients was met in November. 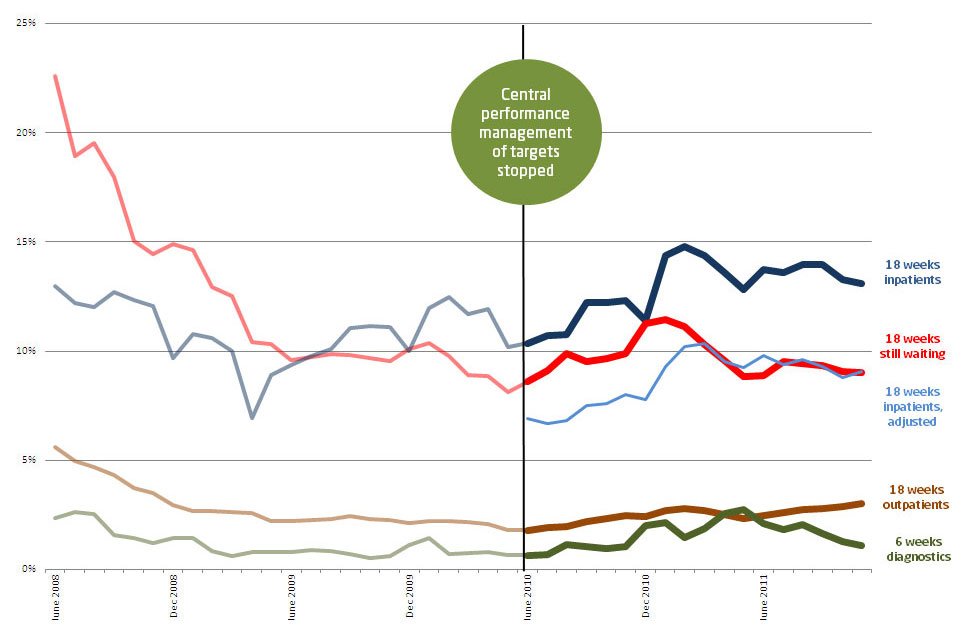 The NPSA issued a patient safety alert issued 11th June 09 ref 0959 to ensure compliance with Nice guidlines for patients with Glaucoma yet a lot of these patients are still reported as waiting on Acute Trust Risk registers for longer than 1 year without any action being taken.it would be interesting to see just how many of the people waiting are ophthalmology patients with serious eye conditions?my own husband waited 1year 9 months for his follow up appointment with about 500 others.Until questions of the type I have asked in this e/mail are addressed patients will continue to suffer while the poor systems grind on

Was building the NHS Nightingale hospitals worth the money?

One year after the NHS Nightingale hospitals first started to receive patients, Siva Anandaciva looks back and considers why these facilities were built, what they did, and what can be learnt from the experience.
Long read