Launched in May, The King's Fund Commission on Leadership and Management in the NHS stressed the importance of a distributed style of leadership – with managers and clinicians both sharing, and valuing, management and leadership.

Our next leadership and management review, due in May 2012, will explore the theme of 'engaging leadership'. It will examine the growing evidence that securing greater engagement of staff generally – and doctors in particular – in management, leadership and service improvement leads to a higher quality of care and greater productivity.

I believe that medical engagement is about changing the culture of a practice, department, service or hospital where all the doctors want to be actively involved in management, leadership and service improvement, and where executives genuinely encourage doctors to lead improvement initiatives. Essentially, it is about getting doctors to become more like shareholders than stakeholders.

So what does current evidence tell us about engaging clinicians as leaders? In his 2005 article for the American Journal of Medical Quality, Engaging physicians in performance improvement, Guthrie argues that physician engagement should be one of the key priorities for chief executives, and that success in this area is one of the indicators of better-performing hospitals. He argues that at a structural level (through facilitation) and a personal level (through one-to-one communication), it is possible for executives and managers to build up levels of physician engagement.

Here in the UK, Spurgeon, Clark and Ham (2011) refer to the work of Alimo-Metcalfe and Bradley (2008) who explored types of leadership in mental health teams in the NHS and concluded that only 'engaging with others' was a significant predictor of performance.

In a previous role, I contributed to a study by the NHS Institute for Innovation and Improvement and the Academy of Medical Royal Colleges of 30 hospitals that used a medical engagement scale developed by a small research consultancy. The level of medical engagement was compared with Care Quality Commission ratings on quality and financial performance, and confirmed a very strong relationship between medical engagement and performance.

As a contribution to next year's review, I want to identify health systems and organisations nationally and internationally that have genuine strategies for medical engagement. For many years we have known that a common denominator of poorly performing hospitals was low engagement of doctors in the running of that entity. And now we have growing evidence of the positive relationship between high levels of performance and medical engagement. I would be interested in hearing of particular initiatives that might contribute to the evidence-base of the value of greater medical engagement.

Engaging leadership and involving doctors in management, leadership and service improvement is likely to have a significant impact on improving clinical and financial performance. I believe that medical engagement within health entities and across health economies is no longer an optional extra, but critical to improving the delivery of care.

A review of leadership in the NHS

The 2012 leadership review examined the concept of leadership for engagement in health care, promoting engagement within teams, organisations and across the system to drive improvement.
Completed project

Commission on leadership and management in the NHS

With the NHS facing unprecedented financial pressures and about to undergo radical reform, our commission assessed the leadership and management needs of the NHS.

We were at this weeks IHI in Florida and leadership is still front and centre of their "Triple aim". I have run four or five leadership courses internally and now moved onto Talent Management and its callibration to unpick the issues. How do you make a reluctant leader a good leader????
Where is all the evidence about clinical engagement in commissioning delivering a better performance? I am pretty sure it does based on the World Class Commissioning experience and practice based commissioning and now Clinical Commissioning Groups. You never here NHS commissioning performance referred to in articles like this and I'd like something to be included
Gavin - I have found many reluctant leaders who are already good leaders. Usually they are 'true' leaders who instinctively lead within a team where the 'de facto' leaders have left a leadership void or display toxic leadership. The challenge is to place the correct people in leadership positions at all levels in the NHS. Currently some people in 'leadership roles' have poor or even toxic leadership skills and this causes a lot of damage to the teams they lead. At the same time - looking at the 'leadership culture' this creates puts off 'true leaders' from taking up formal leadership roles.
I would be interested in contributing to the future review. I have been leading a project in a large NHS Trust around service improvement for cancer services - in relation to new models of cancer follow up. Clinical leadership in this project is challenging for the 'clinical champions' for a variety of complex reasons, and current and simplistic models of clinical leadership and engagement in service change does not really effectively reflect the realities of supporting and enhancing this.
Many thanks for all your comments and interest.
Diane: you raise a very pertinent point and I am keen to follow this up with you. John

Suzie Bailey and Michael West examine why compassionate leadership matters now, in a time of global crisis, more than ever before and how leaders can best support those health workers and carers risking their own health and wellbeing in the fight against Covid-19 (coronavirus). 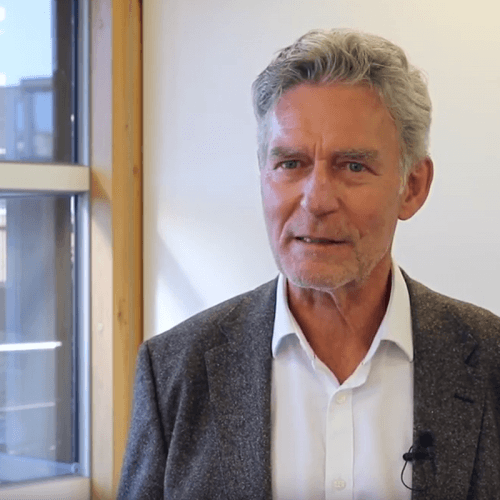 In this video Michael West shares his thoughts on compassionate and inclusive leadership for our recent event The challenge of culture change: sharing system-wide learning to deliver the NHS long-term plan.

NHS leadership and culture: our position

Collaborative, inclusive and compassionate leadership is essential to deliver the highest quality care for patients and tackle deep-seated cultural issues in the NHS, including unacceptable levels of work-related stress, bullying and discrimination.