Today, The King's Fund launches a new Commission on Leadership and Management in the NHS.

The NHS is a complex organisation employing more than 1 million people and spending more than £100 billion. It is a system that requires sound management – rather than traditional administration – and leadership at every level.

Over the next few years, the NHS will confront the most significant financial challenge in its history – finding £14 billion in productivity gains to maintain quality and avoid cutting services. At the same time, it will need to implement the most ambitious package of reforms proposed since it was established. This will need a change management programme on a scale never seen before in any health system in the world. Meeting these challenges will require strong leadership and management at all levels.

The importance of management in public services was articulated by Lord Tugendhat, Chairman of the Imperial College Healthcare NHS Trust and a member of the Commission, in a debate in the House of Lords in June:

'Ministers are the generals who issue the orders. The managers in the public sector are the troops who will have to carry through the fighting.'

Managers may be the troops, but they have had very few people defending them recently, despite Lord Howe, who at an event at The King's Fund in September, said 'let us not forget the managers, who tend to get a rather unkind press at times, but not from my direction'.

This is the background against which we are launching the Commission. I am delighted that leading figures from inside and outside the NHS have agreed to join me to evaluate the current state of leadership and management in the NHS and make recommendations about the capabilities it will need in the future.

In doing so, the Commission will draw on experience from outside the NHS and from health systems in other countries. We will consider a range of evidence, including an analysis of trends in management and the role of leaders (clinical as well as managerial) in improving performance at all levels. We are also inviting submissions from individuals and organisations who would like to offer their views, and would welcome examples of good practice.

It will not be a lengthy inquiry – the issues are too urgent for that – and it will report in spring 2011. I hope our work will facilitate a more informed debate about leadership and management in the NHS – a debate I hope you will join.

Commission on leadership and management in the NHS

With the NHS facing unprecedented financial pressures and about to undergo radical reform, our commission assessed the leadership and management needs of the NHS.

For an up to date commentary on Clinical Leadership in NHS I suggest that you read the blog of a Consultant Surgeon as he completes a two year degree course of study which required an empirical research element.
It runs for two years from November 2008 to date and is entitled "You are young grasshopper,but you will learn"
It can be found at ffolliet.wordpress.com
Re: The Future of Management and Leadership in the NHS: is "LEADAGEMENT" The Answer?

It could be helpful for the NHS to consider applying our concept and system of "LEADAGEMENT", an organic integration of the best practices in Management and Leadership systems. In a business process re-engineering terms, thinking outside the conventional box is in order. We may need to try and go beyond just managing or leading the organisation. Leadagement is our solution to "WHY MANAGERS CANT LEAD AND LEADERS CANT MANAGE" ( being the title of an introductory book on the subject matter). 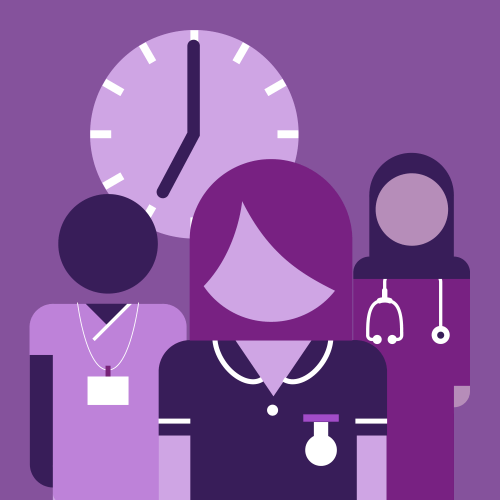