Following the Chancellor's Autumn Budget 2017 announcement, Siva Anandaciva discusses the prospects for the NHS in what promises to be one of the toughest years in its history.

This presentation was recorded at a breakfast event at The King's Fund on 5 December 2017.

Morning everyone.  So I just want to make about four or five points about what the budget said and what it’s implications are for health and social care, to provide some background for the discussions that Jim and Claire are going to lead later and as Chris said, a lot of the work I’m going to be talking about was joint work between us and Nuffield Trust & Health Foundation.

So the headlines for the budget will be familiar to many of you.  2.8 billion of extra funding for revenue budgets in the NHS over this parliament and revenue budgets for day to day spending, staff salaries, consumables, medicines, things like that.  On top of that, an extra 3.5 billion of cash funding for capital investment, planned longer term investment in buildings, facilities, equipment.  And should a pay award be made for Agenda for Change staff in the NHS, then funding for that pay award will be on top of all of this if it’s above the current public sector cap of 1%.

So let’s start by looking at overall health expenditure.  So this is the total Department of Health budget for England adjusted for information and projected forward to the end of this parliament and it probably feels that every year in the NHS is a crunch year at the moment, but next year 2018/19, we’re shaping up to be crunchier than most and that’s because even though the Department of Health’s budget is continuing to rise, the rise of 0.5% planned next year would have been the lowest this parliament.  Spending per head would have actually fallen by 0.2%.  So the government acted, and ini the autumn budget provided extra funding and the total Department Health budget looks like this orange line here.

I’ll say a little bit more about some of the headlines.  So an extra £337 million of funding to support the NHS this winter, so this year.  If you wait long enough, everything comes back into fashion.  We’re getting SHOs again, we’re getting winter funding again, and the real questions to be asked as we used to ask are of what performance improvement can you realistically expect for this level of funding given this late in the year.  Next year, 2018/19, £1.6 billion of funding mainly allocated to support hospital waiting times, consultant led treatment, A&E.  Very little if anything of this growth if for mental health out of hospital care, all of which have as much, if not more, calls on available funding, but you can see the problem the government was trying to address.

And just to complete the story on the total budget, the revenue terms an extra £900 million in 1920 and nothing for the outer three years of the parliament.  So no additional revenue funding, but that’s because we’ll have a spending review that will reopen the budget and give the government an opportunity to meet it’s pledge to spend £8 billion more in 2022/23 compared to 17/18.  At the moment you’re talking about £6 billion, not the £8 billion that was pledged, but you have a spending review to correct that.

So you may be wondering why I’ve stuck all my lines at the bottom where you can barely see any of the fluctuation and the reason is, I had to give myself room for the lines that show what we need to spend to keep pace with rising demand.  So whether you use historical growth rates in the NHS budget or whether you use our estimates based on OBR projections of rising demands due to a growing aging population medical advance, you’re looking at 4-4.3% a year average annual growth in real terms.  Even after the extra funding from the budget, you’re looking at 1%, not 4%, 1% average annual growth in the Department of Health budget over this parliament.  So tough choices remain on the table.  And as a result, the funding gap for next year has been less than half filled, we’re still left with a £20 billion funding gap at least by the end of this parliament.

So let’s move quickly onto capital spending.  Capital spending canned investment in facilities buildings and equipment as I said.  Sir Robert Naylor’s review helpfully put a figure on how much is needed, £10 billion.  £5 billion of which is for investment in new models of care, transforming how service delivery investing in the Five Year Forward View in SDPs, £5 billion of which is to address the backlog of maintenance issues that have built up over the last few years due to historic under investment in capital.  You know one chief exec was saying she’s got radiographers now and given some of the equipment that they’re using, that’s the scale of the issue, and if you look just at this high risk that red maroon colour, nearly £1 billion would be needed just to eradicate high risk backlog maintenance.  That’s where the building is already in disrepair, where the equipment has already failed and is not reliable, so this is serious stuff that needs investment and again, the government acted.

So over this parliament to provide the £10 billion funding that’s required, £3.5 billion from the public funding, from the treasury has been provided on top of the £425 million that was provided early in the spring.  So that’s the governs share towards this £10 billion capital need.  The rest is assumed to come from asset disposals so let’s sell some of surplus land in the NHS and the remained of the £10 billion will come from value for money private finance, things like PFI and PF2.  So some real questions to ask about when we’ll see all this money over the parliament.  We’ve got some pretty bad history, some bad form when it comes to PF2 again in terms of value for money, so these are short timeframes to get this much funding into the system.   We also have a long history of using capital budgets to support day to day running costs.  So even if we can raise the money, can we be given assurance that all of it will be going towards capital projects and finally, a question about distribution.  So even if we pull off the asset disposals, a lot of that surplus land is in London, so what’s the strategy for other part of the country who also have capital requirements?

So let me start to finish by looking at the pay award.  So the Chancellor has said, in his speech, that should a new pay deal be agreed with Agenda for Change staff, so these aren’t doctors, these are staff like nurses, midwives, paramedics on Agenda for Change contracts, and should that require a pay uplift over the 1% public sector pay cut, that will be fully funded above the levels I’ve already said the Department of Health budget will grow by and before the budget there was a lot of commentary and a lot of narrative that somehow this pay award would be linked to productivity.  That’s an unhelpful word to use in this context because it’s not productivity in the sense of what workers are producing, what the pay award will be linked to is reform.  Reform of the terms and conditions of the Agenda for Change contract; things like annual leave, out of hours payments and progression through increments.

So final slide, is the glass full or half empty?  It may not have come through but I’m an optimist, so I genuinely think the glass is half full.  This was a far better deal than was expected.  If I was working in another government department or local government or the prison service, I would look at what settlement the NHS got and I’d be green with envy and angry as well.  So, the extra funding is welcome but at the same time, the extra funding, while better than expected, is not close to being enough to close the funding gap.  So tough choices remain on the table as NHS England’s board, board paper and board discussions reflected.  On the capital funding it would be deep red on my risk register on whether we’ll actually see all this capital funding over the parliament and if you’re a doctor or a dentist expecting a pay award, that will have to come from within the existing budget, but to finish, two points.  Number one, nothing’s substantive on social care. You could read this budget and think that all that matter will be hospital waiting times, and obviously it’s more complex than that, and my final point is not really connected to anything I’ve said, because I’ve talked about money, almost exclusively.  Nursing numbers continue to trend downwards, GP numbers continue to trend downwards, not adjusted for demand, not adjusted for head, actual numbers are trending downwards.  So the most important document published this winter may not be the autumn budget for the NHS, it will be the workforce plan because all this extra funding won’t be much use if we don’t have the staff to spend on.

So sorry to end on a depressing note, and I’ll handover. 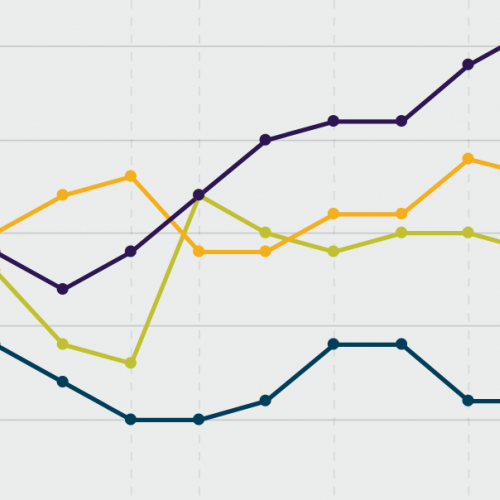 How is the NHS performing? November 2017: Quarterly Monitoring Report

Performance against a number of key indicators is worse than at this time last year, and finances remain precarious despite an emergency funding injection.

The Chancellor used the Budget to give the NHS and public services funding to deal with the effects of coronavirus. Siva Anandaciva looks at this and other measures affecting health and social care.
Press release

Looking ahead to the Budget: what should we expect for health and care?

Ahead of the Budget on 11 March, Sally Warren considers what should be included to enable the new government to deliver on its manifesto commitments, from NHS infrastructure and staffing, to social care and public health.
Blog

Richard Murray looks beneath the headline commitments at what the main parties are really offering in terms of funding for the health and care system.