Rose Gray, Policy Manager at Cancer Research UK, outlines what AI is and its different applications in health and care. Speaking at our Digital health and care explained event in March, Rose explains the potential of AI and the impact it could have on NHS staff and patients.

AI in health care feels like something that is constantly talked about at the moment and what I found kind of an interesting learning experience is trying to separate the hype from the reality this is the definition that's used in the government's industrial strategy, so they define AI as technologies with the ability to perform tasks that would otherwise require human intelligence such as visual perception speech recognition and language translation, so for example machine learning, which is something that a lot of the conversation focuses around and it's about how you essentially build an artificial neural network, so it's inspired by how the brain works where you can train it to analyse information by training it on different data sets.

Natural language processing is another thing that is often talked about so for example, analysing the speech of a doctor and converting that into text. Image recognition is really important for the medical imaging and pathology, and then chatbots and things like that.

How is AI use in health care? There are kind of five broad types so the first category being process optimisation, which is things like logistics and procurement and HR. Pre-clinical research so from a broad Cancer Research UK perspective, this is something we're quite interested in exploring so for example in drug discovery, crunching huge amounts of genomic data.

Clinical pathways which is, for example, using AI in parts of diagnostics or understanding a patient's prognosis. It's things like, you know, using AI to analyse a breast screening image for example, and then patient-facing applications, which I think really fascinating so chatbots personalised health advice using wearables.

Population-level applications, so this is about, you know, big data sets and analysing larger trends. In terms of what I've come across, the most progress has been made in image-related tasks in clinical pathways so radiology and pathology being the two main ones. What's really important to say up front is that I think there is a lot of hype out there and a lot of bold claims made about, you know, we won't need radiologists in the future, the kids will just plug it into an AI.

The consensus I seem to have heard so far is it seems to be more about augmenting tasks or automating part of someone's workflow rather than wholesale replacing people. I think there's been a lot of attention given to using AI to determine, you know, much broader parts of patient pathways while I think everyone's arguably very excited about this and none of this stuff is really, really immediate.

The other thing just to be aware of is that AI is to some extent already pretty well embedded in clinical pathways, so aspects already of radiotherapy that's fully automated and is AI-based but that's just kind of how it's worked; it's not been a big hype thing like there has been for imaging, it's just been a kind of natural progression of the software.

In the screening space, breast radiology is a really interesting area and there's some large-scale trials going on at the moment which are really exciting where it is more applicable is to tasks which are binary, which are repetitive, and which are underpinned by large data set,s so screening is a pretty obvious example of that, you know, huge data sets.

To realise potential there are a few things we need. This relies on really consistently high-quality data, so you know you have to have good quality data for the decision made by AI to be trustworthy and while cancer data is often heralded, even when we do what seemed to be relatively basic analysis of treatment data there's a huge amount of cleaning that has to go into that. Inter-operability is also really important. So one of the screening test beds at the moment, they all have consortiums with all the IT; they've all got the same IT system, they've got a joint agreement and that's why it's working well but that's not the case for the rest of the country.

Frameworks for adoption in diffusion, so do we have the right regulatory pathway for AI? Do we have the right ways of getting from a test bed to nationwide equitable access? Not at the moment. Do we have a system that works for patients? How do we build that? Also workforce, so The Topal Review which was out recently, says that within 20 years 90% of all jobs in the NHS will require some element of digital skills. But to get to the point where 90% of staff in the NHS feel comfortable using this stuff, there needs to be a lot of training throughout that including ethics.

Financial pressures and growing demand mean that health and social care services will need to work differently. This report reviews how technology in the NHS estate is currently being used, and imagines how the 'estate of the future' might look. 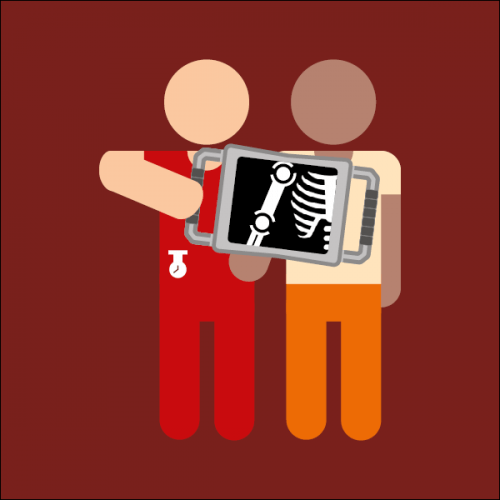 Discover the technologies likely to change health and care over the next few years: machine learning, blockchain, smartphones and more.
Video

Indra Joshi: What does the digital experience look like for patients at the moment?

Indra Joshi, Digital Health and AI Clinical Lead, NHS England, explores why patient experience needs to be at the heart of digital innovations in health and care.

What is Covid-19 revealing about innovation in the NHS?

Innovation in the NHS has historically been notoriously slow. Ben Collins considers how the Covid-19 pandemic has allowed the system and its staff to go further and faster, and what this might mean for the future.
Commissioned report

It has become received wisdom that the NHS struggles to adopt digital innovation, but during the Covid-19 pandemic, many NHS providers have moved services online at astonishing pace. Ben Collins looks at four digital innovations in health services from the UK and the Nordic countries.
Online event

Quality improvement and patient empowerment: how technology can facilitate a new era of care