Matthew Swindells, National Director for Commissioning Operations and Information at NHS England, gives his view on the importance of technology and data in the implementation of the NHS five year forward view. Technology, he says, can support the individual and help them ‘own their own health’ but only if we create an ecosystem for innovation.

This presentation was filmed at our Digital Health and Care Congress on 6 July 2016.

It’s good to be here and it’s good to be back in NHS England and to have the unique opportunity of bringing together two roles that were previously separated, bringing together the commissioning function which was previously under Barbara Hakin and the informatics function that was previously under Tim Kelsey and giving us the chance to actually try and bring together our thinking on business planning and strategy and commissioning and the shape of the NHS going forward with our strategy on information, technology, informatics and those things.

Five year forward view really puts its finger on three things: one is a significant upgrade in prevention and public health to change the demand mix that’s coming through; second is the empowerment of patients, increasing patient control so they can better design care around their own lives and the third is new models of care. I’ve added a fourth thing which is that we should do it really well.  That actually competence in execution is a prerequisite for any of those things making a difference.  The Carter review on productivity is really a list of things which is good management.  There isn’t a huge insight in innovation in there, there’s stuff we ought to be doing anyway.  Coordinating discharge between health and social care or well managed waiting lists or managing referral pathways between primary, community and acute care or the effective use of stuff.  These things are good management.  Technology can help us with that but if we don’t do that then all of the innovation in the world is not going to solve the NHS’s challenges and we will simply be moving deckchairs around as the ship goes down.

So we need to be able to drive both a new vision of an NHS going forward but also a highly competent, clearly executed, rapidly executed set of changes in a way that we haven’t always been 100% brilliant at and I believe that information and technology are the lever for that. I think they are the piece that is changed from the other times that we’ve tried to make these sort of changes.

We need to be able to get one care plan together because the, “I agreed something with a nurse in primary care and then a nurse came to visit me at home and they had no idea what I had agreed,” is disempowering and disrespectful to the people that we’re supposed to serve. So how do we get one record but how do we get one care plan and how do we empower the individual to be able to drive their own care?  How do we give them the information that they need and the tools that they need in order to be able to own their own health, which takes me to I think the second piece.  Beyond how we use technology for the provider the second piece is how do we use technology to support the individual because I don’t believe that there is going to be one app which everybody across the country uses, which we’ll call for the purposes of this a portal, where they go into it and they can do everything that they need?  What we need to do is create an ecosystem for innovation that the perfect application for the parents of a child with Asperger’s syndrome will almost certainly be written by the parents of a child with Asperger’s syndrome and the perfect app for young men with HIV will probably be written by the Terrence Higgins Trust.  They won’t be written by government and they won’t be written by big multinationals they will be innovated in the space which is app.

So how do I give the individual the right to say, “I want to use that app and I want to release the data that the NHS holds on me into that app because it’s my life and I choose to do that,” and in that way I can get information which supports the particular need of the children of a parent who’s developing Alzheimer’s and would like to be a better carer if only they could get access to it and it’s not go to one website it’s get it tuned and get it into people’s lives. And that’s the way we see technology building forward and we need as an NHS to stop being quite so parochial about every solution and start to create an environment where innovation can happen.  If we give patients control the economic advantage of that, the logic for the five year forward view is overwhelming.  The vast majority of care that somebody with diabetes receives is delivered to them by themselves not by a clinical professional.  If we can make that care more efficient and more effective the benefit to the NHS and the benefit to the health of the population is huge and fits in with our aspirations.

My fourth element of what our strategy needs to look like going forward is to look at the system at the whole and look at the friction in the system, look at the hundreds of people, thousands of people who are putting together spreadsheets, checking them, cleaning them, submitting them to their commissioners where I have hundreds of people checking those spreadsheets and cross checking them in order to try and find variances and then sending them back again and none of these things are making anybody healthier. At the moment we are completely fragmented, we’re mostly tiny little apps and excel spreadsheets being shifted around and people doing it by hand. It looks like banking in the 1950s.  We need to move this on and do that in a way which is creating more money and more time for care and treatment and less for the overhead.

When I was first a Chief Operating Officer my Chief Executive had a PC on her desk which she used for holding post-it notes, the days of Chief Executives who can get away with that is over. Chief Executives they don’t need to type their own emails if they don’t want to but they bloody well better understand the data because the world has moved on and we’re expecting to see leadership both clinical leadership and operational leadership that is at the top of this.  IT no longer belongs in the IT department.  IT and information is the ownership of the board and the senior management, if they’re not using it to run their organisation they’re in the wrong job.  There is nothing more complicated than running the NHS and if we don’t do it as smart as any organisation in the world then we’re really betraying the taxpayer and we’re betraying our patients.

Thank you very much.

The NHS long-term plan has been launched and long it indeed is, in every sense of the word, clocking in at a weighty 120 pages. Here’s my take on the top five things you need to know.
Video

Jeremy Hunt, Secretary of State for Health, sets out his plan to achieve personalised, 21st century health care for the NHS. 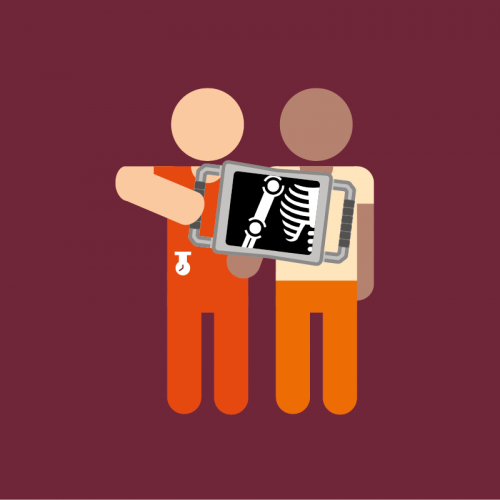 The Covid-19 pandemic has seen many health and care services turn to digital technology to continue meeting patients’ needs. But beyond remote consultations, what are the key technologies to look out for in the future?
Blog

Digital tools and services are increasingly being used in health and care, but what happens to all the data that is collected, who should have access to it and who decides? Pritesh Mistry outlines the value of trust and transparency in these complex agreements