More from Advancing women in medicine

As we reflect on women in leadership we should also reflect that we are different. We face different challenges in health across our lives. I am well aware, as are all of us, that we are the ones that have the babies, and of course that’s happening later and later. And there isn’t a right time to have a baby. You have to fit it with your fertility, have you got a partner?  I was widowed all through my 30s so I wasn’t going to have babies in my 30s, I was lucky enough to have them in my 40s.

Men are important too. I don’t want us to forget them.  Actually our children need both parents if they’re going to develop properly. They need a lot of other input, so when I do things I do think about what will it do to help women, but I also think how could this help men? Women are very well represented in the medical workforce as compared with senior managers in nursing and midwifery. It’s good. We’re below 50% but we’re still doing well. When we work full-time women are doing as well as men. It’s not totally an issue of progression if you work full-time, but women are more likely to work part-time. In fact, in general practice women are five times more likely to work part-time than men, and seven times more likely in hospital practice.

It is interesting when you think about medical workforce planning. If we’ve got 56 per cent coming out of university as women and at the moment on average women provide 60 per cent of the full-time equivalent throughout their working career. Do you think men are 100 per cent? No, they’re 80 per cent.  For all medical staff it’s about 55 per cent are male and the rest are women, whereas as we start it’s the women and then they kind of fall off and the women make up fewer than the consultant grade.

So I would argue that women are being lost to the system. Now this slide’s fascinating. Women’s salaries consistently lower than men’s. Is it that women proportionately have fewer merit awards, clinical excellence awards? I think it’s more than that if you look how serious it is. I can tell you that the clinical excellence awards reward work over and above the job we are paid to do, so I’m not surprised that women who choose to do a good job and then to have a life, you’re not going to do so well there. So that may explain it, but I think there’s more to it and it would merit further investigation.

It’s interesting where women specialise. So they go in a big way for that second block, general practice, but they don’t really, as yet, go for surgery... pretty equal, Susy, in pathology... that picks up you and me... A&E slightly less women... O&G increasingly... clinical oncology low... paeds, as we know, doing well with women... but we are going for the more people orientated, the more plannable, we’re not going for the more unpredictable and technology orientated. Is that by choice or is there something else playing out? So is there discrimination? I actually think there can be discrimination. I know I suffered discrimination.

What about role models and mentors? A lot’s made about this, that women need women role models and mentors. Myself? Mine were men. I think we can look to anyone we respect, we like, and we want help from. I think there’s something different and it’s called championing. Have you got champions who push you towards things, who stand up for you and say to other people when they’re talking, say ‘I’ve got the perfect person’ or who say to you, ‘you know, there’s that over there and it would be a challenge for you, but why don’t you give it a whirl, because if you don’t try you won’t find out,’ and that leads me into this indirect discrimination.

How many of your teams go to the pub after work?  Because lots used to, and I hated pubs, but a lot of networking, career building went on there.  There is some emerging social stances about feminisation... and I bet a lot of you have stories about this even if you haven’t got the evidence... women improve co-ordination of care, patient centred care, let alone understanding what their women patients, which after all are more than half the population, might be thinking about or talking about... and some women want to go to other women.

So we are having an impact on the service and how it’s delivered, and we shouldn’t forget that. We are helping change it, and actually the women are often much more practical and pragmatic about it.

There we are.  That’s my contribution, and I hope it’s useful.

Jeremy Hunt: a government view on advancing women in medicine

Secretary of State for Health Jeremy Hunt outlines his plan for advancing women in medicine and for the NHS to become the largest learning organisation in the world.
Slideshow

Dr Kate Granger: what support do I need as a female emerging medical leader?

Dr Kate Granger talks us through her journey to becoming a consultant and her journey as a patient. She also shares what she believes women need in order to achieve their potential as leaders in the NHS and tells the story behind her '#mynameis' social media campaign.
Video

Advancing women in medicine panel: how can the NHS move from 'rhetoric to action'?

Panel members at our Advancing women in medicine summit discuss the culture changes that are needed in the NHS. 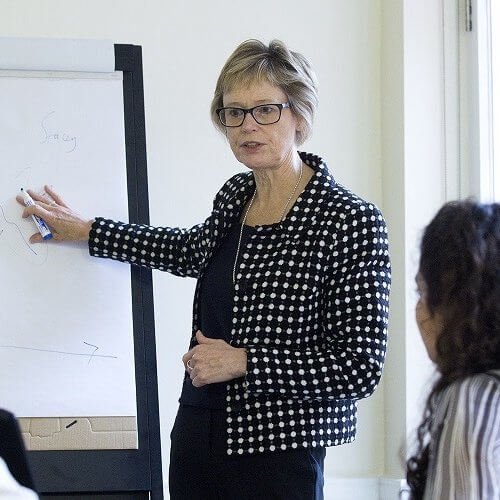 Unlike other consulting approaches, OD at The King’s Fund starts from the premise that the experts in addressing these issues are the people who face them every day. 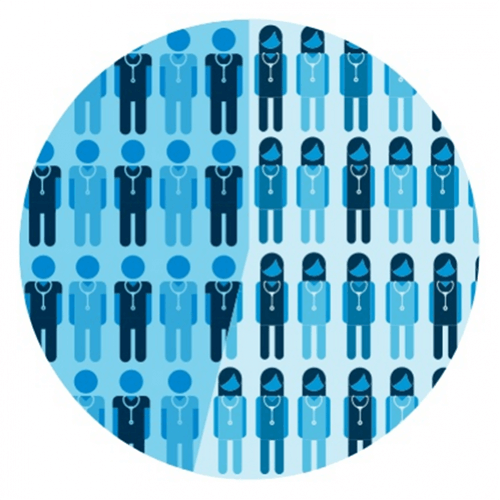 We explore some key facts and figures around women and medical leadership.

Passion with no end: where next for our diversity and inclusion work?

In the third and final blog in the series on our collaborative research about working on diversity and inclusion in the Fund, Sue Hills and Shilpa Ross share how the experiences of the research process and the findings are shaping how we continue this work.
Blog

In the second blog in the series about our collaborative research on working on diversity and inclusion in the Fund, members of the research group share how participating in this research has created a sense of community and changed their individual and collective relationships with each other.
Blog

Emotion, labour and the risks of speaking out: diversity and inclusion within The King’s Fund

Kiran Chauhan and Deborah Fenney share the findings of a collaborative research project into The King’s Fund’s own work on diversity and inclusion over the past decade.